Corporate begging •Why many Nigerians beg to make ends meet 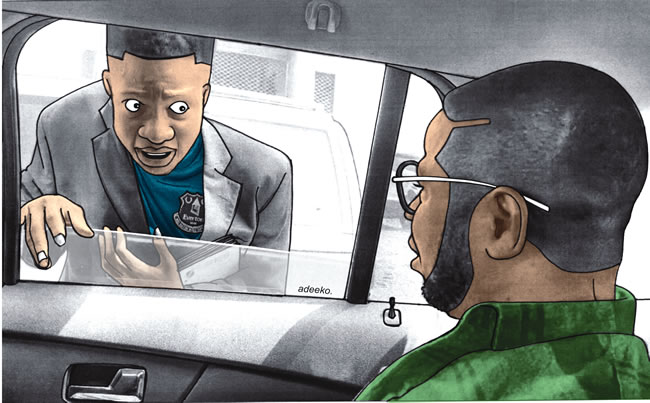 In order to eliminate professional begging, Funmilayo Aremu reports on the rise of corporate beggars, their motivations, and potential solutions.

Begging has long been known to follow a pattern. This pattern is usually that those who beg for money must be physically challenged and incapable of enduring physical exertions and work. But begging now appears to have taken on a new dimension. These days, able-bodied and well-dressed people, both young and old, have climbed on the bandwagon. Begging, it appears, has become a full-blown profession and a way of life for many Nigerians.

Many culturally minded people may be surprised that begging has gained so much traction in the South-West, given that the Yoruba have long considered physical disabilities as the main factor for begging. But the advent of “fashionable beggars,” has put paid to the idea of associating begging with physical disabilities. According to Sunday Tribune findings, begging is now a source of income for many physically sound individuals.

In order to acquire a little cash to get by, beggars are known to use any strategy for begging and even praying for bystanders. However, it was found that these new fashionable or corporate beggars aspire higher than regular beggars. Some would appeal to people’s emotions by telling tales of misery and ferocious need, while others would approach people with ‘entitlement’ mentality.

Begging to survive or …

Why are there many of these new beggars, and why do they beg in the first place? It may not come as a surprise given the fact that the National Bureau of Statistics reported that 133 million people, or nearly 65 per cent of Nigerians, live in poverty in its Multidimensional Poverty Index Survey.

The rapidly deteriorating situation of the economy appears to have forced a large number of Nigerians into poverty. Many have turned out to be professional beggars since they have little or no other means of support. Sunday Tribune came across a number of these “corporate beggars”, who operate in places like banks, shopping centres, the street, markets, bus stops, and even churches. Their “trade gimmick” is to tell heart-rending stories of their helplessness and dire need.

One of such beggars was a woman who declined to give her name when she approached a Sunday Tribune reporter. According to her, she needed the money to take care of her sick daughter.

“Good afternoon sister,” she had begun. “Please, I am short of N1,500. I need to get some drugs for my daughter; she has been sick for many days and I just spent all the money I had on me at the hospital. Although the drug is about N700, I will be using the rest to get some food for her and her siblings back at home.”

Relating her story further, she said that the hospital bill only covered admission when asked if the money spent there didn’t cover the cost of the medications. When asked further about the type of medicine she wanted to buy, the woman turned away.

Another beggar who came up to Sunday Tribune reporter claimed that his wife was in labour in a general hospital and that the hospital had refused to treat her until they received payment. But when he was questioned about what he had been doing to prepare for the delivery for nine months and why he had not saved money to at least make a deposit as a woman does not simply go into labour without being pregnant for nine months, he just mumbled some things. When he was asked to explain the genuine reason he was begging, he refused, saying he was not a beggar.

Just as he left, another woman with a baby strapped to her back accosted Sunday Tribune. She claimed to be a single mother with three children and that she occasionally did laundry for people.

She proceeded to plead for some money to buy cooking gas as she said she didn’t have any at home and someone had been gracious enough to give her some food items which she was holding in her hand.

Today, according to Sunday Tribune findings, the business of begging is fast expnading. Many people, even secondary school students, find begging to be the in thing now. During school hours, it is becoming rather normal to see youngsters in school uniforms approaching individuals and begging for money.

One of such secondary students caught in the act in Lagos said he engaged in begging to feed himself.  He had accosted Sunday Tribune reporter around 10:00 a.m.,when he was supposed to be in class and asking if he could be given N50.

When asked why he decided to beg for money, he said he was not really begging but because he couldn’t afford to go to school hungry. “How would I learn? I am very hungry and going to school when I don’t know where my next meal will come from is the reason I am asking you and others for money,” he had explained.

Sunday Tribune also learned that these individuals had invented different strategies for begging. People frequently beg for transportation fares on buses in Lagos, for example, while they travel to their destination.

It was also discovered that they move on to the next person with the same tale when individuals give them enough money for whatever they want. While some of them actually do have needs, others merely make up stories and use false claims to back them up.

Begging on the Social Media

But while some are operating on the streets, many others have taken the trade to the social media. Even though some celebrities enjoy giving money to their fans on social media, many individuals have also been caught leaving their account information beneath celebrities’ posts even when no giveaways have been initiated.

According to findings by Sunday Tribune, some people just randomly comment on posts that are not about giveaways, explaining why they need the money and many kind Nigerians have been found to reply to them.

An Economy in Distress

Sunday Tribune spoke with experts on how the economy may be fixed, which will in turn provide people with some optimism, and hopefully stop them from begging.

According to statistics, 95 million Nigerians live below the poverty line, but Dr AdetunjiOgunyemi, an associate professor of economic history at the Obafemi Awolowo University, Ile-Ife, Osun State, believes that more than half of the country’s population is poor and that begging is an evidence of poverty.

He explained that according to the United Nations, if an individual lives on two dollars a day, such a person is poor.

“Begging is principally within our context, a function of poverty. The poorer you are, the more likely it is for you to beg. The current statistics are that 95 million Nigerians out of over 200 million are below the poverty line.

When asked if the state of the economy will improve anytime soon, he noted that under the current leadership, all hopes are lost but it is possible to bounce back in June, specifically, depending on the outcome of the general election.

According to him: “I think it is possible for Nigeria to put a stop to the drains in our economy beginning in June if we have a good change of leadership. As for the current leadership, all hope is lost, we should not even think about it.

“Nobody should be expecting any reversal of the current downward slope. Inflation is in excess of 21.3 per cent and the GDP growth rate is projected in the current budget at 17.5. I wonder how that will be achievable.

“My skepticism is based on two reasons. The first is that this budget is going to be supported by an N8.8 trillion borrowing. Already, we have a debt portfolio in excess of N70 trillion. And N8.8 trillion added to that, I cannot see any way that the government is going to grow the economy by any percentage.

“The final reason is the issue that has to do with unemployment. There is no way a government can grow its revenue, particularly revenue derived from tax.  if the citizens are not employed. We currently have a 33 per cent unemployment rate.”

Another expert and Professor of Economics, Babcock University, Professor SegunAjibola, also bemoned the level of poverty in the country while saying that many Nigerians actually live from hand to mouth.

“Ordinarily, a man is assumed to be economically is stable and when he is in the position to provide for his basic necessities of life, food clothing and shelter. Lack of that signals poverty. That is what is called absolute poverty,” Prof Ajibola said. “Historically, absolute poverty has always been very high in Nigeria. We have been gravitating around 60 per cent of the population living below the poverty line. Which means, any little unfavourable shift in economic parameters, the key economy apparatuses will push more people deeper into abject poverty. Poverty is with us, both in its absolute and relative form. So, we still have majority of the people who are living from hand to mouth.”

Speaking on the possible solutions to the growing level of poverty, Ajibola said the country needs a general behavioural change from its citizenry, urging them to consume local products and engage in productive activities like agriculture that can help the nation, rather than waiting on politicians to handouts and palliatives.

“For us to get out of this problem, we need some reorientation. We need some change in the mindset. I remember during COVID, we talked so much about palliatives. That question of freebies is part of our problem in this part of the world. You see a sizeable percentage of the youth population trying to live on things like this; free money from politicians, some are street beggars, corporate beggars, some are into fraud and so on. All these also show clearly that we need to do more to help ourselves individually. Individuals can engage in these productive activities as tough as the environment. There are so many areas where we can still prosper. Agriculture still offers a lot of opportunities. There are so many other informal activities that will offer accommodation for those who are economically productive. They can still engage in those rather than resort begging, fraud and other kinds of untoward activities.

“At the governmental level, there are lot to be done especially improving the ease of doing business, so that those who are naturally productive can find an environment where they can thrive. A lot has been done by the government in the area of funding but we need power, we need to improve on power generation. So that those businesses can be accommodated by the environment. In the area of security, everybody is aware of the state of security. A lot can still be done to make the environment safer for those who are economically productive to operate.

“Finally, we need to embrace what is our own. The exchange rate is not smiling, so for you to survive on imported food, imported household items and so on, in the midst of the current exchange rate is not a good thing. So, let us join the government, let us consume what we produce and produce what we consume, that will also help to reduce poverty,” the former president of Council of the Chartered Institute of Bankers in Nigeria (CIBN) said.