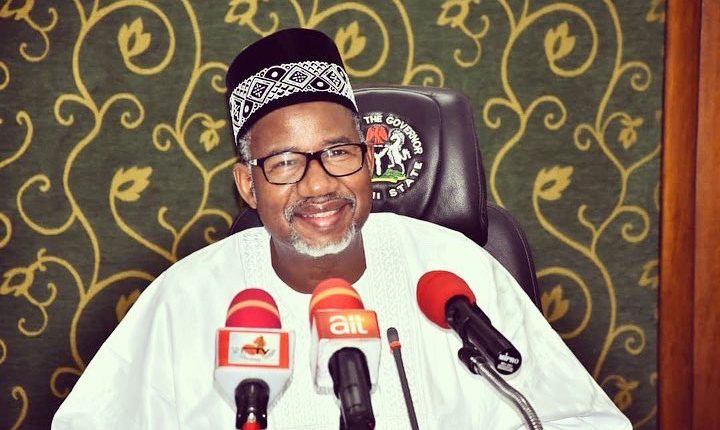 Governors in the country are currently in state of panic over the decision of the Bauchi State governor, Muhammed Bala, to go into isolation following his contact with the son of the former vice president who was confirmed to have got the coronavirus by his father.

All the governors attended the National Economic Council (NEC) meeting last Thursday which was presided over by Vice President Yemi Osinbajo.

Mohammed announced that he travelled with the unnamed Atiku’s son in the same flight from Lagos to Abuja, had handshake with him and exchanged pleasantries.

“Our Governor Bala Mohammed in self-isolation following contact with Atiku Abubakar’s son. Yes. We were on the same flight from Lagos to Abuja. They shook hands and exchanged pleasantries. The governor and the rest of us have taken tests. The results will be negative Insha Allah,” a tweet by his aide and former director-general of Radio Nigeria, Ladan Salihu, said.

It was not clear when exactly this flight took place, but the governor attended last Thursday’s meeting of the council presided over by Vice President Yemi Osinbajo, where he interacted with the vice president and the governors who were members of the council.

Even though the result of the test he has said he had taken was not out at the time of this report, it was learnt that some members of the council had started to express apprehension over their interaction with the governor.

Former Vice President Atike had tweeted on Sunday night that his son had tested positive for COVID-19 and asked for prayers for his full recovery.

“My son has tested positive to coronavirus. @NCDCGov has been duly informed, and he has been moved to Gwagwalada Specialist Teaching Hospital in Abuja for treatment and management. I will appreciate it if you have him in your prayers. Stay safe, coronavirus is real. -AA,” he tweeted.

My administration will work to foster religious harmony, understanding among…