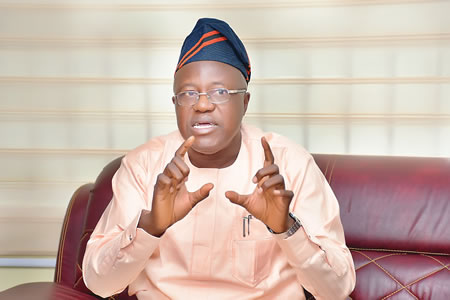 The Oyo State Universal Basic Education Board(SUBEB) says it will collaborate with operators in the state’s health sector to ensure adequate precautionary measures to check the outbreak of the coronavirus in public primary schools.

Dr Nureni Adeniran, the Executive Chairman of the board, stated this at a meeting with the Commissioner for Health, Dr Bashir Bello, in Ibadan on Tuesday.

Olamide Adeniji, a spokesperson for the board, quoted Adeniran in a statement as saying that the board recognises that pupils in primary schools were vulnerable.

“We pray the virus will not spread to Oyo State, however, we will also work assiduously to ensure these children and their parents are properly sensitised on the need to maintain proper hygiene,’’ he said.

The board’s chairman, according to the statement, also called for increased awareness among parents and pupils on the need to prevent the spread of the virus.

Also speaking, Bello promised to work with the board to ensure precautionary methods such as the use of wash-hand basins in classes were deployed.

He also called on schools to immediately report any child with symptoms like fever, cough, and catarrh to any government health facility.

In another development, the board also promised to intensify awareness campaigns among primary school teachers on the need to access the health insurance scheme.

Adeniran stated this when he received the Executive Secretary, Oyo State Health Insurance Agency, Dr Sola Akande, in his office.

Akande, while responding, noted that the scheme had gained sufficient ground in the state because civil servants had embraced it.

Coronavirus more deadly than flu but containable ― WHO