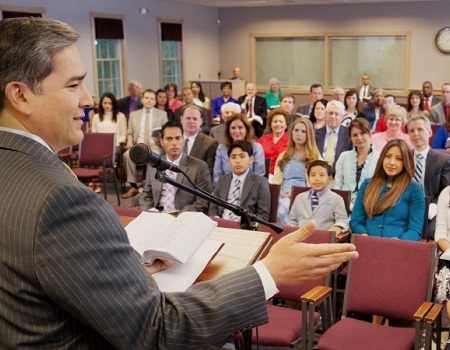 With the apparent failure of the western powers to contain a further spread of the contagious coronavirus, a religious organisation, the Jehovah’s Witnesses (JW), has cancelled its historical mode of evangelism across the United Kingdom.
For fear of the disease, the Christian religion organisation, for the first time in the history of its existence, announced the cancellation of its evangelism activities, including house-to-house, street and literature cart witnessing in the entire UK.
The cancellation was coming for the first time in 139 years since the religion sect got to London in 1881 and the opening of its first branch there in 1900.
A source based in London told Tribune Online that the JW has further announced the cancellation of their usual Sunday meeting gatherings in their entire place of worship, known as Kingdom Halls, in the whole of the United Kingdom.

ALSO READ: JAMB kicks off in Kwara without hitches

“Local congregation body of elders now awaits further directives from JW headquarters and branches in what will unfold in the coming weeks,” the source further revealed.

As contained in Wikipedia, JW originated as a branch of the Bible Student Movement which developed in the United States in the 1870s among the followers of the Christian Restorationist minister, Charles Taze Russell.

The Bible Student missionaries got to England in 1881 and the first overseas branch was opened in London in 1900, while the group took on the name, International Bible Students Association and by 1914, it became active in Canada, Germany, Australia, and some other countries.

The group grew rapidly in the mid-1930s with the introduction of new preaching methods and it adopted the name, Jehovah’s Witnesses in 1931, but further cut ties with its founder, Russell.
JW made substantial organizational changes and further refinement of its doctrines led to the prohibition of blood transfusion by members, abandonment of the cross in worship, rejection of Christmas and birthday celebrations, among others.

Aftermath of dethronement: Sanusi says, I am moving on