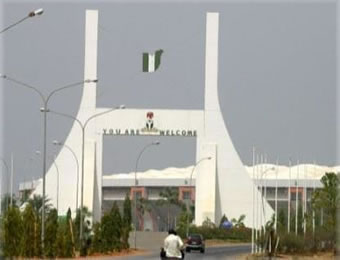 The Federal Capital Territory Administration (FCTA), on Friday, took sensitization awareness campaign to Gwarinpa market, as it began fumigation of some parts of the territory, in order to curtail the spread of coronavirus in the nation’s capital, Abuja.

FCT Minister of State, Dr Ramatu Tijjani Aliyu, who led the team to the market, appealed to the traders to vacate the market for the period of the fumigation exercise.

In a statement by her Special Assistant (Media), Austine Elemue, the minister said if the situation continues like this, the administration will be forced to impose a curfew.

The statement said the minister, who spoke in the language of the people (pidgin and Hausa), told the traders that the coronavirus is not only real but contagious, just as she appealed to residents to abide by the preventive measures outlined by the relevant authorities.

While reacting to sit at home order, Dr Aliyu threatened that the FCT administration may be forced to impose curfew on the city if residents fail to comply with social distancing rule in market places and other social or religious gatherings across the territory.

According to her: “If the situation continues like this, we will be forced to impose a curfew, that is why I came out myself to monitor and appeal to their conscience to vacate the market especially those not selling foodstuffs and other essential commodities.

“I have called the Commissioner of Police myself to ensure that the enforcement team commences enforcement immediately. We want to fumigate this market, but people refused to quite the market, making fumigation difficult for government. I am personally out to see things for myself.

“I appeal to citizens and residents to comply with the preventive measures outlined by the government. Please comply and vacate the market to make the job easy for the government because inhaling these substances could be injurious to your lungs. We are appealing that the traders should stay at home for this period of fumigation.

“Government is aware of the economic situation and it is not in our best interest to destroy your goods. Please stay at home and as a mother, I feel for you.” She added.

Dr Aliyu assured that the FCT authorities will fumigate the major markets, parks and religious centres in the city centre and other satellite towns in the territory as one of the steps to prevent the spread of the dreaded coronavirus.