Coronavirus came from bat, but how did it get to man? 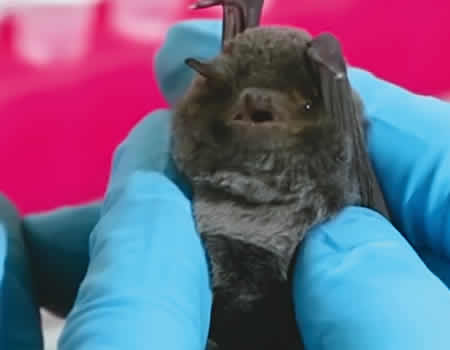 A vacuum of knowledge about the origins of the new coronavirus ravaging the world has provided fertile ground for all manner of theories — from the fantastic, to the dubious to the believable.

It was a bioweapon manufactured by the Chinese. The US Army brought the virus to Wuhan. It leaked — like a genie out of a bottle — from a lab in an accident. It took root at a wildlife market in Wuhan.

Scientists have banded together across international borders to condemn the nationalist-tinged conspiracy theories. And yet, they are divided on what was once widely thought the most likely culprit: a so-called wet market in Wuhan, where wild animals are kept in cages and sold as pets or food. It is believed that a bat-infected animal — perhaps a pangolin — infected the first human.

The truth of how this began remains elusive. But CNN spoke to more than half a dozen virus experts about the origins of the outbreak, and all of them say anyone who claims to know the source of Covid-19 is guessing. The scientists say there is zero evidence the Chinese or American government purposefully introduced the new coronavirus — SARS-CoV-2 — to the public.

To date, one thing seems likely: It came from bats.

t’s “the most simple, obvious and likely explanation,” said Dr. Simon Anthony, a professor at the public health grad school of Columbia University and a key member of PREDICT, a federally funded global program investigating viruses in animal hosts with pandemic potential. PREDICT has discovered 180 coronaviruses over a decade.

Though the scientists discount conspiracy theories about bioweapons, on other questions they are divided.

The experts are at odds over the once widely accepted theory that the virus originated at a wet market.

Proponents believe the gory nature of these crowded markets packed with people and wild animals slated for slaughter make them the most likely culprit; the doubters cite a peer-reviewed study indicating that many of the first known patients had no direct exposure to the so-called wet market.

Another potentially explosive theory — first posed by two Chinese researchers in early February and amplified by Fox News host Tucker Carlson on March 31 — holds that the origin traces back to an accident in one of two labs near the Wuhan market that work with bats.

Most of the experts interviewed for this story discounted the theory — whose progenitors reportedly withdrew their paper — saying it wasn’t supported by evidence.

The theory has also been strenuously denied by the Chinese government and one of the labs.

But one expert, a chemical biology professor and bioweapons expert at Rutgers University, has suggested to several media outlets that the lab-accident theory has credence.

“The possibility that the virus entered humans through a laboratory accident cannot and should not be dismissed,” Dr. Richard Ebright told CNN in an email Sunday.

Virus hunters zeroing in on bats

In any case, researchers agree that the coronavirus jumped from an animal to a human, a phenomenon known as “zoonotic spillover.”

In early February, Chinese researchers published an article in Nature — a top science journal — that concluded the “2019-nCoV is 96% identical at the whole-genome level to a bat coronavirus.”

Later that month, 27 public health scientists from across the United States and the world wrote a letter in The Lancet condemning the conspiracy theories.

“Conspiracy theories do nothing but create fear, rumours, and prejudice that jeopardise our global collaboration in the fight against this virus,” they wrote.

In the Lancet piece, the experts cited scientific evidence that support the theory that “overwhelmingly conclude that this coronavirus originated in wildlife, as have so many other emerging pathogens.”

One of those scientists is Peter Daszak, a preeminent virus hunter who has been working in China for 10 years.

“We’re very confident that the origin of Covid-19 is in bats,” said Daszak, president of EcoHealth Alliance, a health nonprofit that tracks zoonotic spillover. “We just don’t know where exactly it originated — which bat species exactly. And we don’t know how many others there are out there that could emerge in the future.”

It is a genetic detective story.

Did it jump from bat to human, or to another animal first?

Researchers hope to trace the virus that is killing tens of thousands to a yet-to-be captured bat in the wild.

Another source of debate is whether the virus that causes Covid-19 transferred directly from bat to human, or whether there was an “intermediate” animal between.

Daszak believes a bat infected a farm animal that was brought to market alive, and kept with people in one of the most perfect incubators for viral infection: the Chinese wet market.

“The first time you go into China as a Westerner, it is a bit of shock to go to a wildlife market and see this huge diversity of animals live in cages on top of each other with a pile of guts that have been pulled out of an animal and thrown on the floor,” he said. “As you walk towards the stalls, you slip on the feces and blood. These are perfect places for viruses to spread. Not only that, people are working there … kids are playing there. Families almost live there.”

Professor Andrew Cunningham of the Zoological Society of London says wet markets are a prime candidate for causing zoonotic spillover events from wildlife, which he said have become more common over the past 30 years.

“If you bring wild animals — you catch them in the wild, you bring them together in large numbers,” he said. “They’re stressed and then they can become virus factories, and they’re in close contact with human beings in the markets and they’re butchered in the markets, and by people in relatively unhygienic conditions.”

But an article in Lancet has cast some doubt on the theory. The study shows that about a third of the first 41 confirmed infected patients had no direct exposure to the wet market. Among them was the first known patient, whose symptoms reportedly began appearing December 1.

“No epidemiological link was found between the first patient and later cases,” the report states.

The market was shuttered January 1, two days after the Wuhan authorities issued a public health alert about it.

(An article in the South China Morning Post puts the date of the first case as early as November 17.)

“I think people went into the fish market who were already infected,” Vincent Racaniello, a microbiology professor at Columbia University, told CNN.

Most experts push back on lab leak theory

ALSO READ:FG To Liaise With British Airways On Evacuation Of Over 500 Nigerians In US, UK, Others

Racaniello offers yet another theory: The source of the outbreak is a farmer.

“In bats, these viruses are intestinal viruses, and they are shedding the bat feces, which we call guano,” he said. “And if you go into a bat cave, it is littered with guano. And farmers in many countries harvest the guano to fertilize their fields.”

Racaniello speculates that, after getting infected, a farmer or an associate came into Wuhan and started infecting other people.

“We do know that in China you can eat bats — that’s another scenario,” he said. “But I don’t think it’s any more likely than a farmer harvesting guano or a farmer encountering a bat in his barn.”

“Early in the outbreak … everyone was talking about the thing having emerged from the wet market,” he said. “And now I think the data calls into question whether or not that’s really true.”

Anthony noted that not even the mystery of the 2003 SARS outbreak is settled.

For many years, it was widely believed that the SARS virus jumped from a bat to an intermediate host — a cat-like civet — that infected a person at a food market in China. But a study in 2013 — backed by a followup in 2017 — suggested that the 2003 coronavirus could also have jumped straight from a bat into a human.

“We don’t know which of those is actually true,” Anthony said.

Perhaps, the most forceful rejection of the wet-market theory came from Ebright of Rutgers.

“It is absolutely clear the market had no connection with the origin of the outbreak virus, and, instead, only was involved in amplification of an outbreak that had started elsewhere in Wuhan almost a full month earlier,” he told CNN.

Ebright also isn’t ready to rule out the theory of the two Chinese researchers that the virus may have “leaked” from one of two labs near the Wuhan market, although one of the authors told The Wall Street Journal they withdrew the paper because it “was not supported by direct proofs.”

While Ebright said he did not believe the genome sequence of the virus shows any “signatures of human manipulation,” he said there is a risk that a lab worker could have accidentally been infected.

CNN was not able to independently verify the points made by Ebright, and the main author of the study — Botao Xiao — did not respond to CNN’s emails and phone calls requesting comment.

But one of the labs cited in the paper, the Wuhan Institute of Virology, issued a statement on February 19 that strongly rejected any suggestion that the virus originated from its lab.

The statement said the theory that the virus leaked from the lab was one of the false rumors that had “great damaged our frontline researchers and seriously disrupted our urgent scientific research.” Other rumors it rejected include “virus was man-made,” “Patient Zero came from the institute” and “Chinese military took control of the institute.”

Officials in the Chinese government say the source of the virus remains unknown, and that others should stop “smearing” the country.

“As a matter of fact, the source of Covid-19 is a scientific issue,” Luo Zhaohui, a vice minister of foreign affairs, said in late March. “We need to listen to professional and scientific opinions. The WHO has stressed many times that linking viruses to specific races, skin colors or geographical areas should be avoided. This is also the international consensus.”

Other researchers contacted by CNN were skeptical of the lab accident theory.

“I think it has no credibility,” said Racaniello, who hosts a podcast called “This Week in Virology.”

“I think it’s part of human nature to think that we’re doing the worst things, as opposed to nature.”

Anthony, who had not heard about the paper when reached Friday, said “it all feels far-fetched.”

“Lab accidents do happen, we know that, but … there’s certainly no evidence to support that theory,” he said.

Meanwhile, tensions between the US and China over the origins of the virus — compounded by accusations of misinformation from both sides — are slowing the work of the virus hunters, who are grounded by the same travel restrictions that have crippled the world.

“If there was a so-called intermediate host, an animal that the bat virus got into and then allowed it to get into people, the virus might still be in that host,” said Daszak, the virus hunter working in China. “And there are hundreds, thousands of these animals and farms and maybe the virus is still there. So even if we get rid of the outbreak, there’s still a chance that that virus could then re-emerge and we need to find that out quickly.”

COVID-19: Why I believe Nigerians, others in Malaria belt, have little to fear —Abu, US based clinical cardiologist

Falana explodes: We are ruled by incompetent, ignorant, lawless individuals