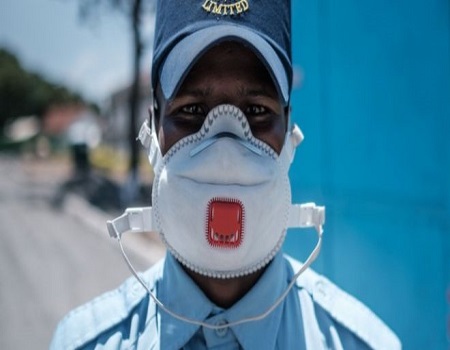 Several African states have imposed far-reaching restrictions in a bid to curb the spread of coronavirus.

South Africa has announced a ban on travel from the worst-affected countries and has banned gatherings of more than 100, while Kenya has also imposed sweeping travel restrictions.

The measures are an attempt to prevent a major outbreak on a continent with poor health services.

At least 27 African states have so far been affected by the virus.

Liberia, where more than 4,800 died during the Ebola outbreak of 2014 and 2015, has become the latest African state to report a case of coronavirus.

The executive director of the state-run Environmental Protection Agency (EPA), Eugene Nagbe, tested positive after returning from Switzerland on Friday.

In total, more than 300 people have been diagnosed with the virus in Africa. Six deaths have been reported.

Most of the cases involve people arriving from Europe and North America.

But South Africa imposed the most severe restrictions on its citizens since the end of white-minority rule after reporting its first local transmission.

In an address to the nation on Sunday, President Cyril Ramaphosa declared a national disaster as the number of cases rose to 61.

“Initially, it was people who had travelled out of the country, especially from Italy, who had positively tested for the virus,” he said.

“It is concerning that we are now dealing with the internal transmission of the virus,” Mr Ramaphosa said.