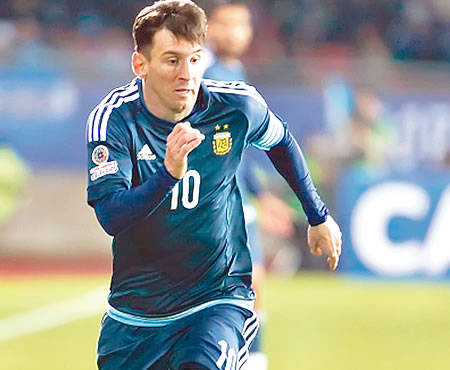 Messi’s fourth goal of the tournament puts him level with Gabriel Batistuta.

The Barcelona forward, 28, also created goals for Gonzalo Higuain, who scored twice, and Erik Lamela to set up a last-four meeting with hosts USA.

Holders Chile will face Colombia in the other semi-final after inflicting a record 7-0 defeat on Mexico.

“For us to be back in another semi-final of a big tournament like this one is a great achievement for these players,” said Messi.

“I’m happy for what it means and it’s nice to be next to ‘Batigol’ [Batistuta], but for me the most important thing is the result.”

Messi has abandoned us —Ronaldo