Latest News
By Olayinka Olukoya – Abeokuta On May 8, 2017 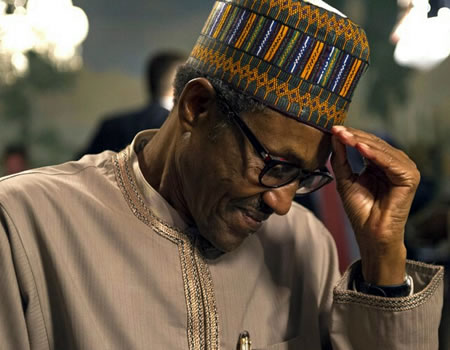 He said those calling for his resignation due to ill -health are wicked and fools, asking Nigerians to stand against such calls.

He stated this while speaking with newsmen over the weekend after the inauguration ceremony of Dr Jacob Abinde, as the Ogun State chairman of the church, held at the C&S Church headquarters in Abeokuta.

Abidoye noted that people behind such calls were corrupt Nigerians who have stolen the wealth of the country and therefore afraid of Buhari’s anti-corruption war.

“Anybody calling for the resignation of President Muhammad Buhari is wicked. Nigerians should stand against such call. Those who have stolen the wealth and corrupt are behind the call. What he is doing in relations to corruption fighting has not been done before by anybody.

“If anybody is saying he should resign, then it must be those who have looted the money. They want him to go so that they can continue with their stealing of what belongs to us. Those calling for his resignation are fools!

“The President should not be deterred in his anti-corruption fight. We should be happy indeed that we have somebody recovering all the monies stolen by corrupt Nigerians. They are worried, that is why they are calling for his resignation. These ones can assassinate him if they have their way. Buhari is a threat to them and a glory for Nigeria. It is my prayer that he contests the next election and wins,” the cleric added.

He, however, urged Nigerians to continue to pray very hard to God for the restoration of the President’s health expressing his confidence that he would be healed soon to continue his job of fixing the country.

Abidoye said further, “God is behind Buhari. He will be healed soon for him to change Nigeria as he planned to do so. He is doing very well.”