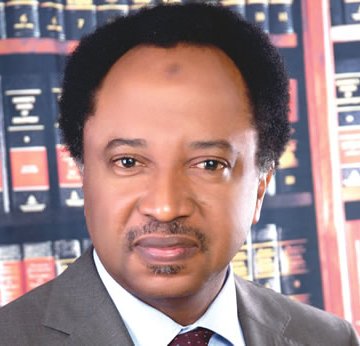 Speaking the newsmen in Kaduna on Monday, the leader of the group, Aliyu Saidu contended that the senator had not only betrayed his constituents but had declared war on them.

‘We the people of Kaduna Central unanimously support President Buhari in his effort to fix the economy and rid Nigeria of corruption and insecurity.

‘We send Senator Shehu Sani to the Senate to work towards the success of Buhari government and not work in the direction of it.

However, he said to the disdain of the group the Senator’s political behaviour and performance so far were a direct contrast to the yearnings and aspirations of the people of the district.

‘So far, he has nothing to show for except social media posts insulting the president and cheering his enemies. By his actions, the senator has caused more damage to the president and our great party as well as his actions have harmed our collective interest as a senatorial district.

‘it is regrettable that the party has failed to call Senator Shehu Sani to order for his open belligerence against the government and our party.

‘No individual no matter how highly positioned is above the party. We the people of Kaduna Central cannot afford to wait till 2019. We are ready to correct this anomaly through recall.

‘We hereby inform the world that we shall be exercising our available constitutional options by initiating a recall process against senator Shehu Sani. This will send a strong message that the people of Kaduna Central will never again entrust their destiny in the hands of any representative who is willing to ignore their needs in order to appease to a political godfather elsewhere.

In a question and answer session, the leader of the group affirmed that they can not wait for Tinubu’s committee because they were fed up with the Senator’s attitude.

‘He is not ready to change because the governor had in the past extended a hand of friendship to him. And each time, he comes out of the meeting, he did the opposite.

In his own reaction, Senator Shehu Sani contended that these amorphous and fake groups are nothing but Governor Nasiru Elrufai errand boys doing his bidding in the hope that it will buy him peace of mind.

He said they were sponsored goons, rabble-rousers and Elrufai’s foot Soldiers set to distract him and make noise.

Speaking through his special adviser on Politics and ideology, the senator noted further,’For close to 3 years Governor Elrufai has been using this sorts of fake groups to fight his cause and all have failed.

‘What are they doing to think of recall in less than a year general elections.where have they been since.