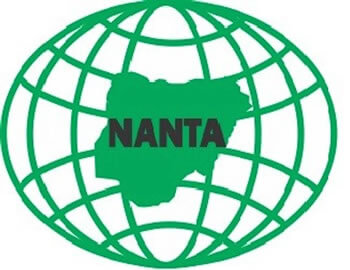 This is just as the association has announced that it is championing the promotion of ‘Africa to Africa’ Tourism campaign in collaboration with some African indigenous airlines including Kenya Airways, Egypt Air, Ethiopian Airlines and Rwanda Air.

Expressing this optimism during visits to four African airlines in Lagos to explain the thrust of the campaign, NANTA President, Mrs Susan Akporiaye maintained that the advent of the African Union passport by Africa Union (AU), and NANTA driving the tourism and Culture content initiative in collaboration with the airlines, would enhance and lubricate the promotion and marketing of african tourism economy, creating jobs in the process and engendering peace and integration.

Expressing this optimism during her visits to four African airlines in Lagos to explain the thrust of the campaign, the NANTA President said the advent of the African union passport by Africa Union (AU), and NANTA driving the tourism and Culture content initiative in collaboration with the airlines, would enhance and lubricate the promotion and marketing of African tourism economy, creating jobs in the process and engendering peace and integration.

Emphasising how the trade pact has potentials of lifting out the vulnerable poor, particularly African women who bestrides about 70 per cent the informal sectors in Africa out of poverty, Akporiaye stated that, AFCFTA presents a refreshing assessment of the tourism and aviation collaborations with African airlines at the forefront to exploit and boost intra African trade, create travel and tourism jobs and improve competitiveness of the unique African culture, indigenous crafts and tourism to the global community.

Receiving the NANTA leadership with her team to Kenya Airways, the Country Manager of the airline, Hafis Balogun, commended the NANTA Africa to Africa Tourism Promotion campaign, promising that Kenya Airways, will partner with the association to give a different holiday experience to Nigerians and Africans interested to visit Kenya.

“We have taken note of the desire to rebrand and drive the Kenya Holidays with safari,beach shopping tourism products enabled agenda, and with your deserving collaboration, Kenya tourism would rebound fast”.

At the Ethiopian Airlines office, Akporiaye reiterated the need for intra African tourism rebirth and challenged the management to facilitate the promotion of Ethiopian religious tourism and its agricultural offerings.

In his repose, the General Manager, of Ethiopian airlines in Nigeria, Mr Shimeles Arage while citing how the airline had been in the forefront of African connectivity and integration, declared “We shall collaborate with NANTA on this laudable campaign and would do the needful in truly letting Africans and Nigerians know more about Ethiopia tourism which I must admit, we have not given the true focal attention.”

During her visit to Rwanda Air, Akporiaye mentioned how  Rwanda Air had shown capacity and discipline since bestriding the African aviation space, hence, the need to be part of the NANTATHE driven African tourism promotion agenda, particularly in showcasing  its famed tourism infrastructural renewals and agricultural offerings.

Reacting, the Country manager, Rwanda Air, Muhamud Wayiga said “Am glad to receive you and your team today in Rwanda Air and in due course, I will visit your office which I understand is representative of your progressive impact. But we at Rwanda Air will like to know more about Nigeria, we want other people, our passengers to come to Nigeria and enjoy its hospitality, not just about promoting Rwanda alone, that is why am happy about this initiative.”

At the Egypt air office, the NANTE President while saying that the carrier had the history and capacity to be at the forefront of NANTA driven Africa to Africa tourism and aviation collaboration, declared

“We at NANTA are convinced that if Egypt Air partners with us and put its strength in the pact, the people of the continent would be better for it.”

General Manager, EgyptAir, Mr Muharram Abdel Rahman, responding remarked “First, let me congratulate you and your team for the good work you have done so far despite the impact of COVID-19 pandemic.

“We at Egypt Air salute your courage and for coming up with this initiative, we cannot but commend you for your foresight and open doors to deepen the African tourism economy.”

To show instant commitment to the NANTA Africa Tourism Promotion campaign, Mr Rahman noted that a meeting with Egyptian ambassador and Egypt holiday outfit would be facilitated by the management of the airline as top priority.