THERE was an air of confusion on Friday when a report suggested that the National Association of Nigerian Students (NANS) has elected a 45-year-old Sunday Asefon as its new President. Another section of an online report said three Presidents have emerged from the NANS national convention, which was characterised by chaos and violence that characterised […] 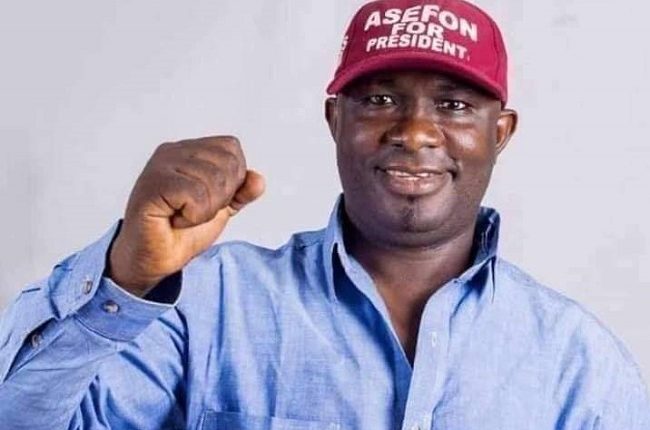 THERE was an air of confusion on Friday when a report suggested that the National Association of Nigerian Students (NANS) has elected a 45-year-old Sunday Asefon as its new President.

Another section of an online report said three Presidents have emerged from the NANS national convention, which was characterised by chaos and violence that characterised was held at the old parade ground, Abuja on Thursday.

According to one of the reports, Asefon, a civil servant with the Ekiti State Government, got 155 votes to defeat his closest rival, Olushola Oladoja, who scored 100.

When Tribune Online sought confirmation from the outgoing National President of NANS, Comrade Danielson Bamidele Akpan, said, “I will get back to you later today or tomorrow”.

However, one of the NANS officials told Tribune Online, under the condition of anonymity that the election was inconclusive because of violence that disrupted the exercise and that the officials would be meeting to determine the next line of action.

“To tell you a total of 241 institutions were accredited for the election but what they called as results came from 285 institutions, for you to know that the process was manipulated by some people and not the true position of what happened at the convention.

Meanwhile, the outgoing Public Relations Officer of National Association of Nigerian Students, Comrade Azeez Adeyemi has denied an online report of his alleged arrest by the officers of the Department of State Service in Abuja.

He said the story of his arrest was a figment of the imagination of the writer, noting that he was not even at the convention venue when the purported shooting, as indicated by the writer, took place.

Adeyemi said would ordinarily not responded to such a false publication but because “I have been inundated with calls from relations, friends, and well-wishers to confirm the incident; as such there is need to let the public that at no time was I arrested for bearing ammunition as reported.

The Online medium had reported that about 20 members of NANS who gathered at the Old Parade ground in Abuja for the convention, sustained wounds from gunshots and machete by thugs loyal to a factional coordinator of the association in Zone D and that the PRO was arrested by DSS when guns were found in the bus that brought the delegates from Ogun to the conference.

But Adeyemi said linking him to such development was laughable because he travelled to and fro for the convention through a flight and was not even at the venue of convention when the alleged violence broke out for him to be arrested in the first place.

He urged Nigerians to disregard the report of his arrest, saying he and other leaders had been working to ensure new executives were elected to take over the affairs of NANS.

Controversial Catholic priest and Spiritual Director of Adoration Ministry, Enugu, Nigeria, (AMEN), Rev Fr Ejike Mbaka, has taken a swipe at President Muhammadu Buhari and past leaders of the country demanding that the President should apologize to the country, especially the youth, on behalf of himself and his predecessors, for causing Nigerians so much pain…Confusion as NANS elects  Confusion as NANS elects