Company embarks on construction of road, drainages for community in Kogi 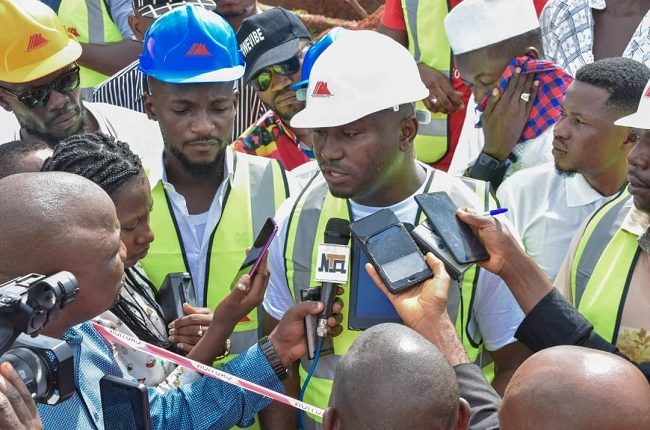 A construction company has barked on the construction of road and drainages for the people of Ogwolawo community in Ofu local government council of the state as part of their social responsibility.

The Chief Executive Officer of Wave of Mind Resource Nigeria limited, Chief Ocholi Yusuf Okpanachi, while speaking with newsmen at the site of the projects stressed that they embarked on the construction of roads and drainages to control erosion and ease the movement of people during the rainy season.

According to him, the road which is half a kilometre when completed will cost about N8.6 million while the drainage will gulp about N3.2 million, adding that his decision to construct the road and fix the drainage was borne out of the suffering the community often pass through during the rainy season.

“I grew up to meet this particular road in a bad condition in this community and people living along this axis find it difficult to access their houses during the rainy season.

“The bad condition of the road has created unbearable hardship to residents of this area and as a young boy growing up in the community, I vowed that if God almighty gives me the financial power, I will construct the road for my people without seeking help from anybody.

“Today God I have been given the financial capacity to fulfil my promise, that is why I moved my construction company down to the community to fix the road and construct the drainage that will control the erosion for my people,” he said.

While calling on influential Igala people to come together and pull resource for the development of Igala kingdom, Okpanachi who is also the founder of Wave of Success Foundation, an NGO through which he gives back to the society noted that the government alone cannot provide all the necessities of life for the people at the grassroots due to inadequate fund at government disposal.

“My message to every well-to-do Igala person is for them to come together and lets put our resources together to develop our land because the government alone cannot provide all the necessities of life to communities due to competing demands and lack of adequate resources to finance projects.

“I humbly advise every other person that can do one or two for his or her community to do so, because whatever you provide no matter how small, will go a long in improving the living standard of the people at the grassroot” he advised.

The General Manager of the construction company Engr. Teidi Suleiman in his remark promised the community that quality road that will be second to none in the entire Ogwolawo community would be delivered.

“This project is not the type of project an individual in the society can easily carry out, but, because of the love our chief executive officer has for his people, he decided to come  and contribute his quota to the development of Ogwolawo his community,” he said.