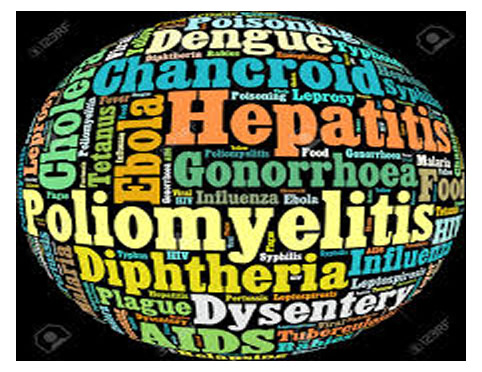 Stakeholders in the South South region have said that diarrhoea and communicable diseases remained a serious medical challenge.

The stakeholders said this in separate interviews with the News Agency of Nigeria (NAN), which is conducting a survey on the outbreak and control of communicable and airborne diseases.

They called on governments and residents to adopt proactive measures to address the challenges posed by such diseases by deploying skilled personnel and vaccines as well as effective reporting mechanism to prevent outbreaks.

Uwah told NAN in Uyo that that the State Government has embarked on intensive sensitisation and enlightenment on prevention and control.

He said that people in the state who were not sure of their source of drinking water have been advised to boil and filter them before consumption.

“We have advocated that people should drink clean water and where the source of water is not certain they should boil water before drinking,’’ he said.

Uwah, who is also the state Chairman of Nigeria Medical Association (NMA) in the state, said that then Akwa Ibom Government is encouraging residents to get CSM vaccination as measures to guard against the illness.

“Vaccination is the key to eliminating meningitis,’’ he said.

The NMA chairman also said that advocacy on the use of insecticide treated mosquito net was ongoing in the state to control malaria since its eradication had become difficult.

He noted that government is advising people with symptoms of malaria to avoid self-medication and go for test before treatment.

Uwah said: “The treatment of malaria in the state was quite affordable.

“We still focus on prevention that people should sleep in insecticide treated net, keep their surrounding clean and avoid stagnant water.’’

He said that the state had been receiving support from community and religious leaders on advocacy and enlightenment which helped to reduce communicable diseases especially in rural areas.

He said that the state government has also received support from Global Fund in the area of malaria prevention and treatment.

On his part, the state Commissioner for Health, Dr Dominic Ukpong, said that there had not been any case of meningitis reported in the state.

Stakeholders in Bayelsa also stressed the need for prevention of communicable and airborne diseases, urging parents and individuals to be cautious of their environment.

They told NAN in Yenagoa that preventing the diseases would avert harmful effects.

According to them, some diseases across the country are endemic because of negligence to prevention, especially malaria and other diseases.

Dr Mike Onuorah, a medical expert told NAN that the promotion and use of insecticide treated mosquito nets had been a leading strategy in malaria prevention and control.

Onuorah urged that people should use the nets to reduce the number of cases of malaria in communities.

“The regular use of treated nets has been shown to reduce child mortality across the country. Children sleeping under treated mosquito nets are less prone to anaemia, malnutrition and severe malaria.

“Our environment must always be cleaned and we should imbibe regular cleaning of drainages around houses,’’ he said.

An officer in the state Ministry of Health, who spoke on grounds of anonymity, said the state had no record of outbreak of diarrhoea, malaria, meningitis and conjunctivitis (Apollo), among others.

The officer said, although, the medical team had been working hard in ensuring that such cases were prevented from occurring as well as sensitisation on the need for cleanliness.

“We should imbibe the spirit of cleanliness; to prevent meningitis, meningococcal diseases. I urge Nigerians to practice good hygiene to avoid contracting it.

“Although, there are vaccines to treat the diseases, I advise that one should rest properly, drink plenty of water and juices to keep the body hydrated to prevent these diseases.

“If one should increase the intake of Vitamin A and C, wash hands to prevent germs spread, and cover the mouth while sneezing or coughing, the chances of knocking off the diseases are high,” the official said.

“There have been a wider campaign across the state and we have plans to reach out to the communities in Bayelsa.

“We make use of the community leaders in ensuring that the people are aware of the diseases,’’ said the officer.

Suswam and I have resolved our problems —Ortom