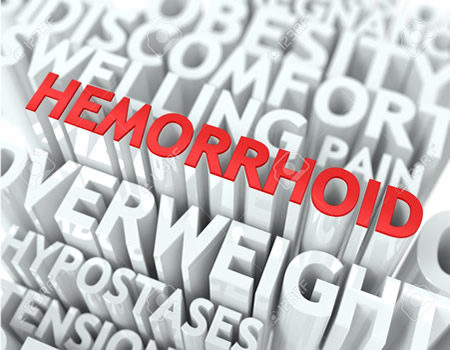 A Colorectal Consultant and Surgeon, Dr Olujimi Coker, says people whose parents suffered from hemorrhoids were likely to come up with the condition later in life.

He told the News Agency of Nigeria, (NAN) in Ibadan on Friday that hemorrhoids occur in adults 50 years and above.

He said every persons has hemorrhoids, but may not likely be problematic.

“Although hemorrhoids are thought of as unpleasant inflammations, we all have them.

“It is when the hemorrhoidal cushions become too big (inflamed), that problems occur.”

The surgeon added; “Hemorrhoids can be passed genetically from parent to child, so if your parents have hemorrhoids, you are more likely to get them.”

Coker listed some of the conditions that lead to the manifestation of the condition to include “consistent heavy lifting, being obese or having other constant strain on your body.

“When this happens they are called pathological hemorrhoids or piles.

“They can be of various sizes; may be internal inside the anus or external ones outside the anus.

“Internal hemorrhoids occur from 2 cm to 4 cm above the opening of the anus while external ones (perianal hematoma) occur on the edge of the anus,” he said.

The consultant added that the symptoms, include a hard lump around the anus consisting of painful coagulated blood, constipation, bright red blood after a bowel movement.

Other symptoms were itchiness around the anus, mucoid discharge when passing stool, pain when defeacating and soreness of the anus.

He said that grade one hemorrhoids manifest with small inflammations, usually inside the lining of the anus and is not visible.

“Grade two is larger than grade one hemorrhoids, and also in the anus when passing stools. They may get pushed out but may return unaided.

“Grade three, often called prolapsed hemorrhoids, appear outside the anus and the patients feel them hanging out and can be pushed back if the patient presses with their finger.

“The grade four hemorrhoids remain permanently outside the anus, they are large and cannot be pushed inside. They need to be treated by a doctor immediately,” he said.

Coker said that the external hemorrhoids, called perianal hematoma, were small lumps located on the outside edge of the anus.

According to him, they are very itchy and painful if a blood clot forms inside and require doctor’s immediate treatment.

The others treatment options are using over-the-counter ointments such as hydrocortisone cream, soaking in a sitz bath (warm water with added salt) for about 10 to 15 minutes a day to ease the pains.

Speaking on the matter, an Ibadan-based plant pathologist and alternative medicine practitioner, Prof. Ayodele Adeniji, said there were many natural and herbal remedies to ease the pains of hemorrhoids and even shrink it.

Adeniji, a professor emeritus of botany, said that taking warm bath, applying cold compress , eating local spinach known as ‘tete’, helps combat constipation which was a primary cause of hemorrhoids.

He added that diets rich in fibre, raw fruits and juices, also prevent and reduce hemorrhoids.

Adeniji advised the growing of aloe-vera in homes as its gel was good in reducing inflammation of the anus.

He also added that if the hemorrhoids were treated early in adults, there was low possibility of its being passed to the child.