Colonial legacies, the federal government, and the moral high ground 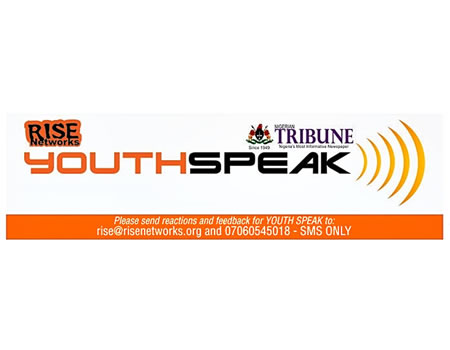 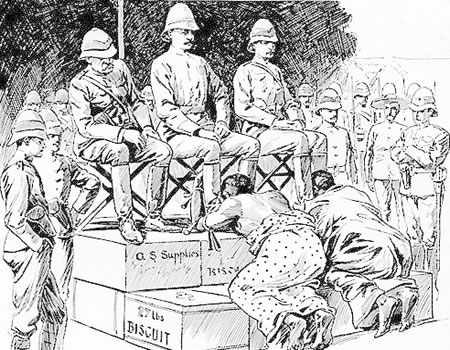 The past is inescapable. We all know the origins of what we today refer to as the federal government. Starting with the annexation of Lagos in 1861, the British, through military and other coercive means, gained almost complete control of the area we call Nigeria today. By 1901, almost all of the entire space we call Nigeria was officially British territory. Originally administered as a sort of trading company by the Royal Niger Company (the old days when companies actually had armies; also, don’t be fooled by the name; it was a British company), the British government took over the territories in 1901. In 1914, the territories were unified under a single administration, thanks to one Frederick Lugard and, voila! the federal government was born.

It might seem trivial, but once you accept the profit motives of the colonial government, then a lot of the decisions and policies start to make sense. Recall that the RNC was primarily a trading company whose profits depended on getting stuff for cheap and selling it for more. And like every trading company, the smart thing to do is to monopolize trade. From an economists’ perspective, monopolising trade allows you to suck up all the profits from economic activity. And the RNC, and then the Crown, went to great lengths to confirm its monopoly on trade. Just ask Jaja of Opobo.

But I digress. The policies… take for instance the incentives for education policy. Does it influence the trading profit bottom line? No, it doesn’t. No need for that then. What about infrastructure? Well, it depends. Infrastructure that gets the stuff in and out cheaper, like a rail line from the hinterlands to the ports? Yes, it does. Build it. What about a rail line to facilitate trade with neighbouring Cotonou? No, it doesn’t influence the bottom line. No need for that. If you go line by line through official policies in Nigeria between 1860 and 1960, almost every policy fits into the nice pattern. If it helped the trading profits bottom line, it was done; if it didn’t, then it wasn’t done.

What about mining? Well, that was the cream of the crop. See if you have cheap labour. Minerals were virtually free. And if you can get it out and sell it, then that’s a whole lot of profit for the RNC or the Crown. As expected, mining was a big part of the profit strategy influencing everything from where to build roads to where to dam rivers. If you are looking for the father of prospecting licensing and “exclusive rights” look no further; because that’s the easy way of ensuring that the profits flow to the Crown, not the people actually living there.

And here we are today with a federal government that by most definitions still functions like the Royal Niger Company of the colonial days. The goal is still to generate as much profits or government revenue as possible to spend on those in the corridors of power. If you don’t believe me, just ask any government official to define a functioning economy. I bet you it will start and end with government revenue.

In many other ways, the federal government still implements policy like the RNC. Take for instance the policy to ban car imports through land borders and force everyone to use the sea ports. On the face of it, it makes no sense. Why force everyone to squeeze through ports that are notorious for inefficiency when we have more land crossing points than we can count on our fingers? It makes no sense, unless you agree that the goal of the policy is revenue generation for the federal government. You see, it’s easier to collect customs duties at sea ports where you can actually funnel people in. It’s not so easy to collect via land entry points. So the smart thing to do is to force everyone to the sea port where you can collect. Who cares about ease or efficiency for the people actually buying and selling the cars? The pattern of behaviour with regard to foreign trade by sea versus land is also a hand-me-down from the colonial version of the federal government.

I could go on and on.

But this is the conundrum. If we accept that the federal government is in essence a colonial regime with a different skin colour whose goal is to extract resources for the benefit of those in power, then does that make the people fighting or disobeying the federal government the equivalent of freedom fighters? If the goal of trade policy is to enrich preferred government-backed companies, then do they smugglers have the moral high ground? Jaja of Opobo is a national hero and he was essentially a smuggler trying to usurp British unfair trade policies. If the goal of tax policy is to enrich a federal government who distributes the taxes to political stooges via government agencies, then do the tax evaders have the moral high ground? We typically think of the participants in the Aba women’s riots as national heroes, but they were essentially tax evaders according to the colonial government. If we agree that the mineral resources extracted during the colonial era to Europe was equivalent to theft, then does that make the militants in the Niger Delta the equivalent of freedom fighters? A bit of a stretch I know.

Some will argue that we have self-determination and that we have a democracy and pick our leaders. To them I ask: are you less of a slave if you get to pick the person that holds the whip?