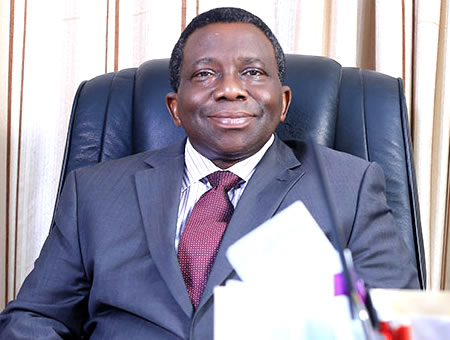 Minister of Health, Prof. Isaac Adewole said on Tuesday that the collapse of the nation’s primary health care system was hampering service delivery by the Teaching Hospitals.

He said that the tertiary health institutions which were in precarious conditions because they were facing so much pressure from Nigerians due to the collapse of the primary and secondary health care system in the country.

According to him, Nigeria t present has a total of 22 teaching hospitals, 20 federal medical centres and 17 specialist hospitals.

He explained that the states were designed to have teaching hospitals which are to be the apex healthcare delivery centres meant to receive referrals and manage complex health situations.

The Minister, who was drilled by the Senators for over two hours said that it was a cause for concern that Nigerians do not have confidence in the primary and secondary healthcare services and that they preferred to go to the teaching hospitals.

“However, over the last couple of years, we had a major challenge. The foundation which is the primary health centre is faulty, the tertiary institution is weak and the roof is no better.

“Under the Babangida administration, the then Minister of Health, Olukoya Ransome Kuti, concentrated attention on primary healthcare because it is closest to the people. For some reasons, this collapsed after a few years.

“When the Obasanjo administration came, there was concentration on the tertiary institution but the foundation was still faulty and the effort did not yield much result. When this administration came we did a diagnosis and felt we need to restructure the pyramid.

“What we found is that Nigerians have no confidence in the primary and secondary healthcare and they prefer to go to teaching hospitals.

“When we were training, you cannot enter teaching hospital without referrals from the primary or secondary but because they have collapsed, people walk into tertiary institutions without referrals.”

Senate President Bukola Saraki, who made some opening remarks before Adewole was called to speak, said that the poor healthcare services rendered at the Teaching Hospitals in Nigeria were a thing of concern.

According to him, the Senate had ensured that adequate funds were provided for the tertiary health institutions through budgetary provisions, adding, however, that this notwithstanding, the teaching hospitals were still unable to provide efficient services to Nigerians.

He said: “The Parliament consciously appropriated enough funds to teaching hospitals in the last four years despite the misinterpretation of lawmakers’ action as padding.

“Based on powers conferred on me as the Senate President, and following resolutions by the Senate to invite you, we like you to explain the conditions of Nigeria’s teaching hospitals that operate poorly despite enough funds appropriated.”

Speaking further, Adewole commended the Senate for its financial interventions in aid of the Ministry adding that the Ministry can now access funds directly from the Central Bank of Nigeria (CBN).

He stated: “With your intervention, money flows from the Central Bank to Primary and Secondary Health Care through organised platform where States are registered.

“At the last count, 22 of our states have registered with the basic healthcare provision fund. We are doing it in a way that money will flow from the Central Bank to the primary healthcare facilities.

“Last week, we succeeded in moving money from CBN to the agencies than to the primary healthcare. As of today, 14 states are yet to show interest in the fund and because senators represent the entire country, I want to list the states.

The Minister’s appearance was as a result of the resolution adopted a fortnight ago, which summoned him to brief the Senate in plenary on the current state of facilities and health care services on the teaching hospitals across the country.