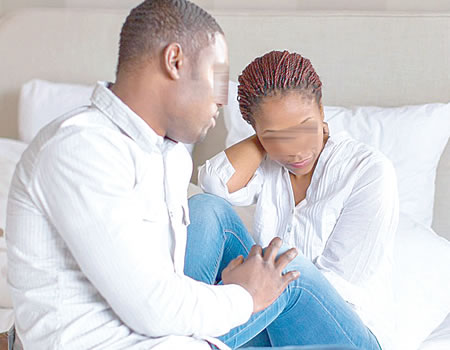 EXPERTS have warned codeine abusers to desist saying although its use as a recreational drug can increase libido and sexual vigour, its persistent use can impair fertility.

In a new study, researchers at Ladoke Akintola University, Ogbomoso said codeine caused a reduction in the testosterone level, the male hormone, in the blood of tested animals under laboratory conditions.

According to them, although codeine, which is regarded as the gateway to the abuse of other substances, enhances sexual performance, it is a potential risk factor for infertility.

The researchers had studied the  effects of graded doses of codeine on  sexual  behaviour  and  fertility  profile in New  Zealand  White  rabbits under laboratory conditions. It was in the March edition of the journal, Andrology. It involved A F Ajayi and R E Akhigbe.

Sexual behaviour was monitored in the animals for 30 minutes under dim light using a camcorder and blood samples were taken to test for levels of male reproductive hormones.

Findings of the study showed that codeine administration significantly increased libido and caused a marked rise in penile reflexes.

However, copulatory efficiency and fertility index were significantly lower in codeine-treated groups on a dose-dependent basis when compared with the control.

Levels of testosterone and androgen in the blood were also significantly lower in the treated groups and it might be associated with reduced sperm production.

The researchers suggest that codeine-induced increased sexual attraction is associated with poor sexual quality and infer that codeine causes more of sexual dis-inhibition.

In recent decades, the rise in cases of infertility has become increasingly worrisome, with male factor contributing about 50 per cent. Although there is a myriad of risk factors, studies have implicated recreational use of drugs in male infertility.

Similarly, heroin addiction can impair sexual desire and orgasm. Methadone has also been reported to suppress sexual behaviour and reduce the frequency of ejaculation among males.

Relevance of separation of powers and its application to Nigeria (3)

In search of national policy on skill acquisition for youths