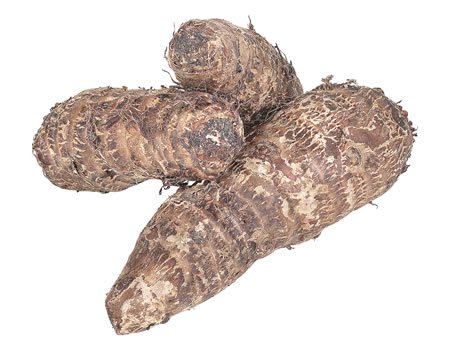 Unripe plantain and cocoyam flour have always been valued in folkloric medicine because of its ability to lower blood sugar. Now, experts have established the potentials of cocoyam or unripe plantain in the lowering of high levels of fats, such as cholesterol, in the blood.

In a new study, researchers found cocoyam and unripe plantain helping to ensure low levels of blood and fat, and as such helpful in the management of diabetes and its complication.

However, a combination of cocoyam and unripe plantain do not confer the same protection against diabetes and its complications as either cocoyam or unripe plantain flour.

When blood sugar rises in non-diabetic people, the body produces insulin. It helps the body move sugar out of the blood and into the cells where it’s used or stored.

However, this process doesn’t work as it should in diabetics. Instead, either the body doesn’t produce enough insulin or the cells are resistant to the insulin that is made.

The 2016 study published in the journal, Pharmaceutical Biology by Eleazu CO; Eleazu KC; and Iroaganachi MA, was aimed at investigating the possibility of combining unripe plantain and cocoyam in the management of diabetes.

For the study, the researchers compared the blood sugar and fat lowering effects of unripe plantain with cocoyam as well as their combination in 48 rats made to develop diabetes.

Furthermore, the blood sugar levels of the diabetic rats given cocoyam or unripe plantain feeds was not significantly different from that of the non-diabetic rats.

Feeding of cocoyam, unripe plantain, or  their combination to the diabetic rats , resulted in a significant reduction in the formation of fatty deposits in the blood vessels carrying blood away from the heart and coronary risk indices compared with the diabetic rats.

However, cocoyam or unripe plantain showed better blood fat lowering action than when combined at the dosage used in this study.

Previously, scientists looking into the effectiveness of ethanol extracted from plantain in lowering blood pressure, discovered that it had similar effects to metformin – the conventional blood sugar medicine.

In a 2011 study published in the Journal of Pharmacy Research, the scientists stated that fasting blood glucose level was significantly reduced by the third day of treatment with ethanol extract of plantain trunk.

It was also found that the methanolic extracts from the unripe fruit of plantain had the potential to lower blood sugar levels.

The researcher suggested that the blood-sugar lowering effect of the methanolic extract of the unripe plantain might be due to the extract at least in part stimulating insulin production and subsequent glucose utilisation.

Meanwhile, many other foods items such as beans, green vegetables, oatmeal, okro and fruits high in vitamin C are named to control Type 2 Diabetes.

In a recent study conducted at the University of Pennsylvania, experts named green tea as containing an antioxidant EGCG that can help to maintain the flexibility of blood vessels and stabilising blood glucose levels.

According to a study published in the British Medical Journal fresh green leaves vegetables such as lettuce, cabbage, spinach and other green vegetables improves insulin sensitivity and thus better regulate blood glucose levels.