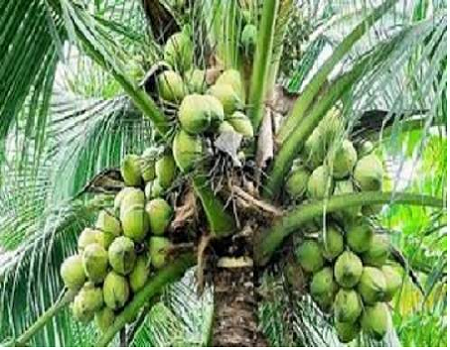 Olusanya made this known on Thursday at a news conference on the forthcoming maiden International Coconut Summit in Nigeria at Alausa, Ikeja.

She said the theme of the summit slated to hold on Oct. 22 and Oct. 23 in Lagos, is: “Unlocking the Industrial and Socioeconomic Potential of Coconut”.

Olusanya said the state government had continued to rehabilitate its coconut plantation over the last five to six years in about 180 kilometres in the coastal areas of Nigeria.

“Therefore, with the rehabilitation of the plantations, and what the state government is doing, we expect that the production will increase from 257,000 metric tons to over one million metric tons,” she said.

According to her, by the time the plantation is fully rehabilitated, and lots of people get educated and sensitised on the need to start using the improved varieties, production will also increase.

“The hybrid varieties, as well as the dual varieties can produce more than the old West African third variety that we have.

“The value of production of coconut now is about N50 billion.

“That is the value of the coconut we have, and so you can see it is a big natural resource, not only to Lagos but Nigeria.

“Coconut is a major cash crop, there are over 108 products from coconut alone.

“The Lagos State Government is doing a lot to rehabilitate more coconut plantations and train more people,” she said.

Olusanya said about 500 participants including investors, researchers, captain of industries were expected at the summit to discuss opportunities in the coconut value chain in Lagos state.

She said participants from South Korea, Malaysia, Indonesia, India and Philippines and some West African countries had shown interest in participation at the summit.

Olusanya said the summit would feature an exhibition of coconut products, equipment and machinery.

“Other areas to be discussed include market trends and dynamics; finance and investments; quality, standard and certification; health and wellness issues in coconut and the environmental issues in coconut.

“The summit is conceived to be a platform for stakeholders, local and international in the coconut sub-sector to interact, explore, exhibit and evolve new ideas for sustainable development of coconut value chain,” she said.

Olusanya said this was in line with one of the objectives of the administration of Gov. Babajide Sanwo-Olu to make the state a 21st-century economy and that coconut being the major cash crop of the state had a critical role to play.

”Lagos is the leading coconut producer in Nigeria, and the state government cannot joke with the crop,” she said.

Journalists don’t like having sex, lawyers hardest to please in bedroom, research finds