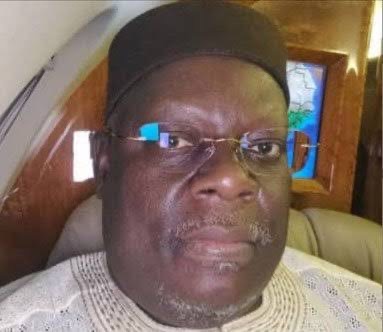 The 9-man panel, led by the Secretary, Human Resources and Staff Development, Elder Felix Orunwese, has as its terms of reference, to work out modalities towards further sustainable implementation of the condition of service and other related welfare matters.

It was also mandated to cost each of the outstanding allowances and present a feasible timetable for a staggered implementation.

Inaugurating the Committee, the CNA advised the staff not to allow themselves to be used to foment unnecessary trouble as he noted that such plot  would not augur well for the stability and image of the National Assembly.

He assured them that under his watch, the management would continue to make staff’s condition of service and welfare a matter of priority.

Amos appealed to PASAN to always explore dialogue rather than agitation to ventilate its demands.

To justify its proactive steps to make workers comfortable, the CNA recalled that  upon assumption of duty, he had  paid,  without threats, three separate allowances to staff, namely: leave bonus, legislative duty allowance (LDA) and end of the year bonus.

He said that the management also ensured the prompt release of its promotion list.

He said: “You will agree with me that this historic meeting is actually called to demonstrate our commitment and passionate desire to make your Condition of Service (CoS) a continuous priority.

“I want to say it loud and clear that we shall never rest on our desire to make all staff of the National Assembly very important always, because of the high value management places on you.

“This proactive dimension we have tailored out informed the Inauguration of the Committee on the Implementation of the Condition of Service which shall continuously be used within the National Assembly under our watch.”

Chairman of PASAN, National Assembly Chapter, Mr. Sunday Sabiyi, in his remarks, said that the pending staff welfare issues that needed to be urgently addressed include non-payment of 22 months minimum wage arrears.