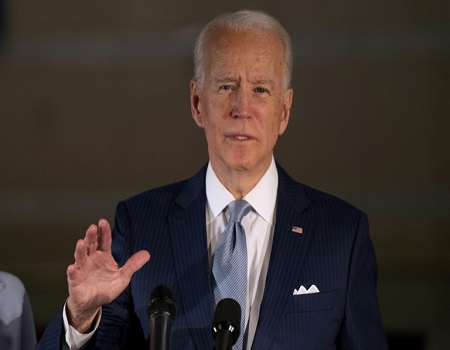 Climate change is both one of the greatest threats to Africa and an area in which Biden administration policy is most likely to differ from President Trump’s. Through his leadership on this issue, the president-elect has a chance to make a difference for millions of Africans while setting a global example for urgent action.

The science of climate change in Africa is undeniable. It is already destroying crops, causing floods and droughts, and subjecting impoverished people to severe heat waves. Climate change is not a hypothetical for Africans: it is spreading hunger and desperation while helping violent extremists gain a foothold.

For instance, in the Sahel—perhaps the world’s most vulnerable region —militants are taking advantage of near-famine, competition for resources, and diminishing agricultural yields to bolster their ranks and stoke conflict. The U.S. Department of Defense has warned that counterterrorism efforts there are “not getting the job done,” and that the territory could serve as the basis for another Islamic State-style caliphate, menacing both Africans and the West. Violent conflict has also emerged between pastoralist ethnic groups seeking new pasture for their livestock and agricultural tribes to the south guarding their land. These localized conflicts, exacerbated by climate change, are a basis for exploitation by Islamist extremists with international ambitions.

The United Nations is raising billions in aid to try and prevent the region from sinking into famine, but international efforts can do better to address the fundamental role of climate change in the Sahel’s instability, and its threat to Africa writ large. The Biden administration could lead on this issue.

There are several existing opportunities for a Biden climate change policy in Africa.

Africa relies heavily on agriculture for revenue and sustenance. Climate change is afflicting both food production and freshwater availability in Africa, which already struggles to provide these basic necessities. Fortunately, Africa has nearly 60 percent of the world’s arable land, and with support, it could feed people on both the continent and around the world. The Biden administration should vigorously focus on food production and agricultural modernization, and consider building capacity for desalination to protect Africans from the effects of worsening water shortages.

Power generation and delivery is nearly as important. Reliable electricity is a prerequisite for the prosperity which has so far eluded African economies. Only 43 percent of Africans have any access to electricity, and even in the continent’s most developed economies, the grid is often erratic and impossible to rely on for business. The United States’ Power Africa program, which began under President Obama and continued under President Trump, has successfully added tens of thousands of megawatts in new power generation through public-private partnerships. Much of this investment has been in renewable energy generation, including solar, wind, hydroelectric, and biomass. But others have been in oil and gas.

The Biden administration can expand this existing program to help Africa build reliable green power infrastructure, a process that will create jobs and investment both in the United States and on the continent. To advance sustainable prosperity, President-elect Biden should ensure the program is moving the continent towards renewable energy, instead of power generation modes that will make Africa’s problems worse.

Power Africa could also promote changes to existing “dirty” infrastructure. Flaring from offshore oil platforms is a key source of greenhouse gas emissions—Power Africa could provide technical expertise to reduce them while encouraging African states to move away from fossil fuels. Mobile money transactions are the root of informal African commerce, and many portable transmission towers are powered with diesel fuel generators—Power Africa could work to replace these with solar microgrids.

One of President Trump’s best ideas was to plant one trillion trees by 2030. The Biden administration should sustain this initiative, with a focus on the Sahel and in the Congo Basin, the world’s second-largest rain forest and an enormous carbon sponge. Slash-and-burn logging is creating a global threat by decimating the ecosystem there. The president-elect’s foreign aid could preserve and rehabilitate these forests, which can provide an employment opportunity for at-risk youth while augmenting carbon absorption.

Climate change also threatens Africa’s fisheries, adding to the existing menace of foreign fleets, primarily from China, plundering its fish stocks with impunity and depriving Africans of revenue and protein. African fisherman have increasingly resorted to piracy—the West African coast has perhaps the world’s most dangerous waters. American foreign aid could provide equipment and training to protect African fisheries from climate change and foreign adversaries, creating a sustainable source of food and profit.

Every recent U.S. president has had a signature Africa program of some kind. President-elect Biden may find that existing foreign aid frameworks are insufficient to meet Africa’s need for help, and ability to provide solutions, on climate change. This is a ripe opportunity for Biden to make a lasting difference on the continent.

Cohen was a former US assistant secretary of state for African affairs (1989—93), former U.S. ambassador to the Gambia and Senegal (1977—80), and was a member of the U.S. Foreign Service for 38 years. He contributed this piece to cfr.org.

Biden’s victory and the US-Nigerian relations