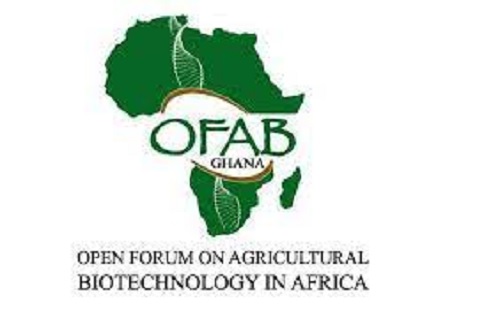 The Open Forum on Agricultural Biotechnology (OFAB), has said that climate change, insecurity and other factors are affecting the move to achieve food security.

OFAB said the need to adopt biotechnology has become necessary in order to address these factors affecting food production.

Speaking at the maiden edition and launch of the OFAB day celebration, OFAB Project Manager, Vitumnbiko Chinoko said, technology has to be a part of the food system.

Chinoko said with this poor food system, African Continent has more numbers of malnourished people across the world.

He, however, said more farmers are beginning to embrace technology and technologies will be passed to farmers to ensure food security.

The Country Coordinator, OFAB Nigeria, Dr Rose Gidado rolling out the gains recorded of OFAB in the country, said two genetically modified crops have been commercialised in Nigeria.

She said farmers have so far been given the seedlings of the newly commercialised BT Cowpea across the 36 states of the country in July, including the FCT for pilot demonstration with the hope of reaching out to more farmers in the coming months.

She however noted that OFAB has played major roles in uniting the Agricultural Research Institutes and bringing it together with the NABDA and then working as a team.

The Director-General of the National Biotechnology Development Agency (NABDA), Professor Abdullahi Mustapha said in Nigeria, the issues of biotechnology and genetic engineering were totally absent in public discussion until OFAB came in.

Mustapha noted that OFAB has become synonymous with biotechnology, Genetic modification, Gene editing and all other tools capable of enhancing agricultural productivity.

He said no project or programme has reached out to Nigerians in the 36 states of the federation, with 774 local governments and the six geo-political zones, like OFAB.

In spite of the huge investment in the water sector by the government and international organisations, water scarcity has grown to become a perennial nightmare for residents of Abeokuta, the Ogun State capital. This report x-rays the lives and experiences of residents in getting clean, potable and affordable water amidst the surge of COVID-19 cases in the state…    Climate change, insecurity hindering food security

There are no bad students in Federal Poly Offa ― Alumni Association