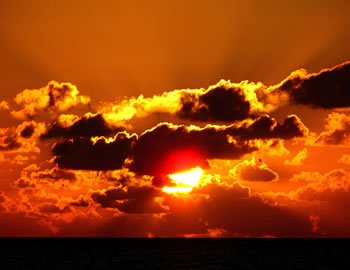 The Environmental Rights Action/Friends of the Earth Nigeria (ERA/FoEN), has called on African governments and delegates to the United Nations Conference on Climate Change (CoP26) holding in Glasgow, Scotland to be resolute in their demand for climate change liability and payments for carbon debts by rich countries.

ERA/FoEN, in a press statement in Benin City, noted that in recent times, rich countries showed some appreciable effort to address climate change with a few countries such as the USA, Germany and the United Kingdom taking the lead in renewed pledges to the United Nations Framework Convention for Climate Change (UNFCCC) to address the mitigation and adaptation measures in developing countries.

ERA/FoEN insisted that rich countries’ efforts so far had grossly fallen short of expectations and were unlikely to be on target to close the gap on limiting global temperature increase to 1.5 Degrees Celsius.

According to the environmental group, “a recent UN Environment Programme (UNEP) report warns that unless global greenhouse gas emissions fall by 7.6 per cent each year between 2020 and 2030, the world will miss the opportunity to get on track towards the 1.5°C temperature goal of the Paris Agreement.”

“To address the lack of equity and fairness in addressing climate change, the impact of climate change compounded by the Covid-19 pandemic has continued to buffet vulnerable countries, especially in Africa.

“Given the rate of fiscal responsibility and allocations in addressing climate events in Europe and America and the robust response to the Covid-19 pandemic, there is an undeniable dichotomy between the rich and poor countries that betray the lack of equity and fairness in addressing these issues in the developing countries.

“According to the Intergovernmental Panel on Climate Change report, climate change impact will continue to be on the rise and with growing intensity hence the need for urgency.

“Firstly, the pledge to mobilizing US$100 billion annually by 2020-2025 as funds to addressing climate change actions stands at about 30% and is nowhere near its mark. Therefore, the Earth Summit meeting of the Conference of Parties (CoP26) in Glasgow should be a rallying moment for rich counties to step up their commitments and show solidarity by walking the talk and putting their money where their mouth is.

“Secondly, CoP26 provides the opportunity to amplify system change and a transition from carbonized economy and fossil fuels dependence to renewable energy. Developing countries should redouble their stand to demand a fair, just, and equitable energy transition and climate finance to address climate change. There is the need to end addiction to fossil fuels, discard the false solution of net-zero, and enthrone system change in the modes of production and consumption while plugging the widening gap of social inequalities at national levels and on a global scale.

“CoP26 should not be a process to reinforce energy colonialism on Africa but should liberate the continent’s energy potentials through cleaner technology and finance. Africa with low technology intake should not be taken advantage of or seen as a market expansion opportunism for developed countries’ renewable energy sector that is out-competing to dumping of obsolete technologies and petrol-diesel combustion engines.

“While the future ban or elimination of combustion engines production and use in some European countries from 2025 onwards is commendable, it should be clear how these obsolete technologies, cars and combustion engines will be disposed of or recycled. Africa should not be the dumping ground or receptacle for such technologies that could be shipped to it as Greek gifts or forms of development aid,” ERA posited.

The group submitted that “there is the need for African governments and delegates to demand loudly that greenhouse gas emissions are a financial debt.”