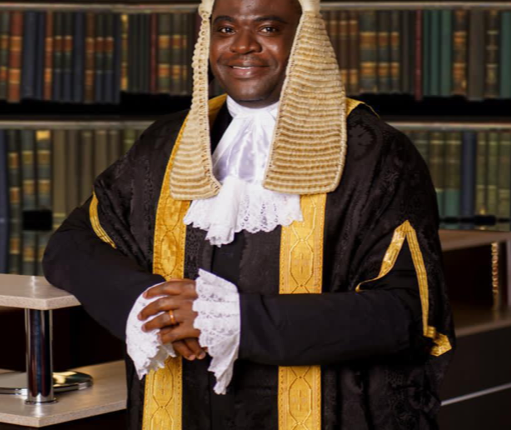 It will be recalled that according to a press statement released by the president’s spokesperson, Mr Garba Shehu, the President signed the Climate Change bill into law on Thursday.

Mr Shehu had noted that the Climate Change Act owes its origin to a bill sponsored by a member of the House of Representatives, Sam Onuigbo, and provides for, among other things, the mainstreaming of climate change actions and the establishment of a National Council on Climate Change.

Speaking on Thursday in Ado Ekiti at a ceremony marking the induction of graduating students of ABUAD into the Alumni Association, Professor Olawuyi (SAN) commended President Muhammad Buhari, adding that the new law as a long-awaited catalyst that could accelerate Nigeria’s response to the menacing challenges of climate change.

The Senior Advocate of Nigeria, who is also co-Chairman of the Legal Education Committee of the Nigerian Bar Association (NBA) noted that: “For already hot countries like Nigeria, climate change is not an academic issue, it is a matter of life and death.

“As of today, more than 2,000 jurisdictions and local governments worldwide have now declared a climate emergency, resulting in increased legislation and regulatory action on climate change.

“It is therefore a positive development that a new law has been put in place to guide Nigeria’s response to climate change, as well as spur the integration of climate-smart and low-carbon development strategies into our overall national development vision, and disaster and emergency response planning.”

The Learned Silk also called for necessary steps to be taken to ensure urgent and accelerated implementation of the new law.

He noted the need to creating the right institutional set up for practical coordination and cooperation of the diverse stakeholders and institutions on climate change will be essential for the successful implementation of the new law.

According to him, unlike other environmental issues, climate change will affect all key economic sectors, which requires a holistic and multi-stakeholder approach to designing effective responses.

Professor Olawuyi, SAN also called on education and professional institutions to take necessary steps to increase training, education and capacity development on climate change by introducing specialized courses that can help administrators, planners and policy makers to undertake the essential steps that will guide the country towards achieving its net-zero emission reduction targets.

He commended ABUAD’s leadership in this regard, noting that ABUAD is institutionally committed to addressing the problem of climate change and has introduced innovative courses and programs that specifically aim to advance all aspects of the United Nations Sustainable Development Goals.