Cleric urges FG not to relent in tackling kidnappings 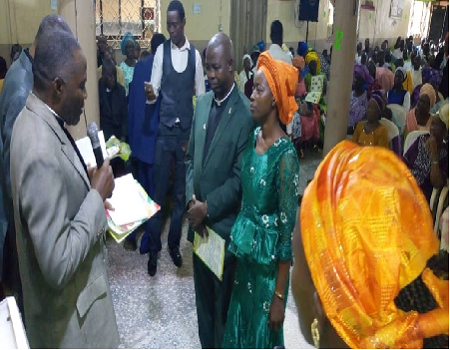 Speaking during his induction as Zonal Superintendent of the church in Lagos on Monday, the cleric urged the government not to relent in its efforts until kidnappings were brought to an end.

“We also pray that God should help the government to put a stop to this issue of kidnapping and other cases of insecurity.

“Anybody who cherishes peace will know that kidnapping is not a thing that gives people peace of mind.

“Nobody wants to be kidnapped and we are praying to God to eradicate this issue of kidnapping so that people may live in peace,” the cleric said at his induction and inauguration of CAC Agege Zonal Superintendent.

The clergy decried rising immorality among some men of God, describing it as an abnormality.

“Even among the 12 disciples of Jesus, there was a Judas; so I wouldn’t say we can’t find some people calling themselves ministers of God and being involved in such atrocities,” Tanimomo said.

He advised church ministers involved in such atrocities to desist or face the wrath of God.