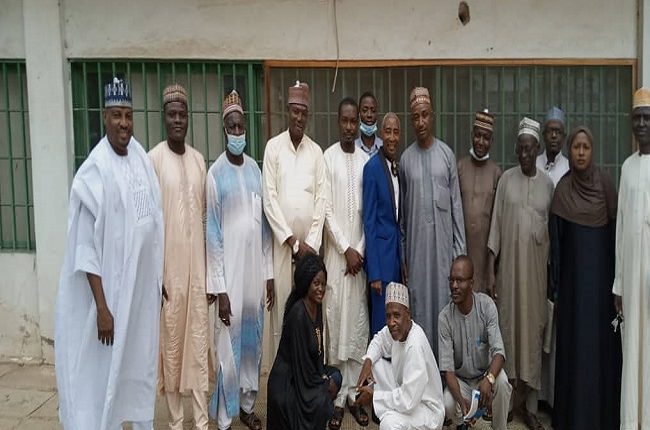 Rampant cases of rape and other gender-based violence in recent times have been linked to some societal decays and broken homes been experienced across the country due to immorality among couples.

The assertion was made by a Bauchi based clergyman who is the President and founder of a Non-Governmental Organization known as Couples Network International, Rev Dr Okafor Emefesi on Friday when he paid a courtesy visit on members of the Bauchi State Chapter of Correspondents’ Chapel of the Nigeria Union of Journalists (NUJ).

The Clergyman stated that societal ills such as rape, insurgency, kidnapping, armed robbery, abandoned and destitute children are all traceable to broken homes and disintegration of families which have largely become a menace in this modern age.

According to him, his NGO which is a faith-based with the main objective of bringing back peace and stability in marriages across the globe stressing that Couple Network International is collaborating with organizations such as the NUJ to enable it effectively promote marital and family stability in Nigeria as well as globally.

He further said that the project which has been on for the past 40 years is being carried out through conferences, marriage seminars, workshops and special awards to families and organizations and appreciated Journalists in Bauchi state for their support to his organization said that media coverage been accorded to his activities has made him succeed tremendously.

He, however, appealed to philanthropists, other organizations and governments at all levels to support his organization in order to achieve in the task of ensuring stability in various homes to better the society.

While responding, Chairman of the Correspondents’ Chapel, Ahmed Mohammed commended the Clergyman for his role in preaching peace in the state and noted with delight, the activities of the cleric in his programmes that are geared towards serving humanity.

The Chairman told Dr Okafor that the correspondents’ Chapel comprises of members from various media organisations with headquarters outside Bauchi state, said the union is proud to associate itself with clergymen like him.