• Girlfriend insists he was not arrested 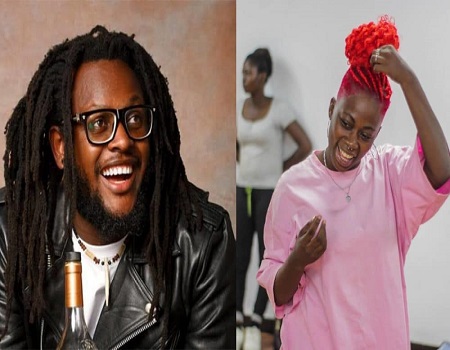 An award-winning videographer, Clarence Peters, has finally spoken on the mystery surrounding the death of the dancer and video vixen, Love Divine a.k.a Kodak who died after being electrocuted while charging her phone in his Omole Estate studio.

Clarence posted on his social media handle earlier, after honouring an invitation by the Lagos State Police Command yesterday. He, however, claims to have submitted himself and was not arrested as alleged by various platforms yesterday.

He wrote, “On the 29th of April 2020, Love Divine Ike (Picture Kodak) was in the dance studio, on the premises of Capital Dreams Pictures, with five other team members and myself – Seven people in total.

At about 7:30 p. m on the same day, while in another office – a building beside the dance studio, on the same premises, some people who were said to be with Love Divine at the time, rushed in and called my attention to the fact that Love Divine had collapsed.

We immediately rushed her to the nearest hospital, which refused to let us into their premises, let alone admit her. They assumed she was a COVID-19 patient.

We tried, but we were not able to gain entry into a second hospital. We eventually got her to a third hospital where she was pronounced dead 30 minutes after arrival.

I was not physically in the same room as her when the incident occurred, and when I inquired, I was told by those present at the scene that Love Divine, while taking a break from the dance session, was sitting on one of the metal sliding door rails, charging and using her phone plugged to an extension box.

The witnesses didn’t realise anything was wrong, until they saw she had laid down, and they noticed smoke coming from her chest area.

She was said to be electrocuted, her phone was found on her chest, with severe burn marks, and the phone’s imprint on her chest.

The witnesses were taken to the Ojodu Police Headquarters straight from the hospital where statements were taken and the phone (which had traces of burnt flesh on it) was deposited.

The following day, the Police conducted an examination of the body and were taken to the scene of the incident for further examination.

The Police are currently carrying out a full-scale investigation into the events that occurred, and an autopsy will be carried out, with the full permission and consent of her family.

Please note that no one has been charged or arrested, by the Police. The witnesses and I willingly made ourselves available to the Police and we have all pledged our full co-operation, through every part of this process. I will be helping out in every possible capacity”.

Also, Clarence Peters long time girlfriend has also come out to speak her thoughts and position on her boyfriend’s ‘arrest’ by the police.

Jennifer Alegieuno, in a post on Instagram on Monday, May 4, denied the statement by the police and said that the video director has not been charged.

“It is sickening the corruption and laxity in the Nigerian Police Force,” she said in her post.

“So, as Clarence’s 14 years long girlfriend, let me state authoritatively that Clarence Peters was invited to the police command, Yaba and he went there willingly.

“He was not arrested, neither was he charged with murder as stated by the press statement from the police command through their spokesperson Bala Alkana.”, she said.