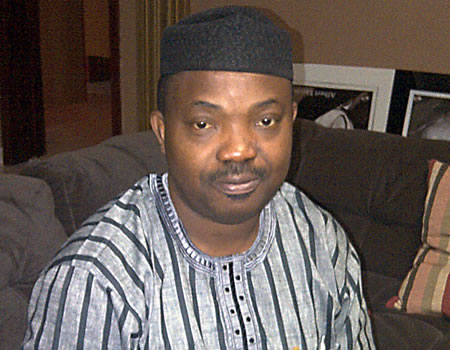 Pan-Yoruba socio-political group, Afenifere, has described as provocative utterances, as well as primitive, red flag and unnecessary the call made by the Chief Justice of Nigeria (CJN), Justice Ibrahim Tanko Muhammad, that the country’s constitution should be amended to accommodate some of the concerns of Muslims and the Shari’a law, warning him to stop doing that and be sensitive on account that Nigeria is a plural state.

Muhammad had on Friday called for the amendment of Nigeria’s constitution to accommodate some of the concerns of Muslims and the Shari’a law, while declaring open the 20th Annual Judges Conference, at the Ahmadu Bello University (ABU), Zaria.

National Publicity Secretary of Afenifere, Mr Yinka Odumakin, who spoke with the  Tribune Online on the telephone in reaction, while condemning the call, said the CJN, giving the level of office he occupies should have understood that a statement like that calls for adequate consideration in a pluralistic society like Nigeria.

Odumakin said this was needed notwithstanding the fact that the CJN had backgrounds in Arabic studies and is purely a Sharia lawyer, pointing out that the statement made by Muhammad indicated pure “clash of civilization in Nigeria.”

“It’s a function of clash of civilization in Nigeria. As a CJN, his background is that he did Arabic studies, he is a Sharia lawyer and so but enlightenment should have told the CJN that for a man that can rise to that level in a system like ours, that this is a plural society and he cannot be making such call without adequate consideration,” he said.

“But you see part of the problems we have is the way people rise to the top, our system just throw people up anyhow otherwise the call ought not to have been made,” the Afenifere chieftain said.

“It’s primitive, it’s unnecessary, it’s a red flag, it’s not what we need in this kind of society. It’s like you are singing a funeral dirge at a wedding ceremony,” he added.

Odumakin, while reminding Muhammad that he is indeed the Chief Justice of Nigeria and not a Grand Khadi of some Sharia states in the country, urged him to be careful of his utterances and, therefore, be more sensitive and “be aware that we are a plural society, it’s not a Sharia state.”