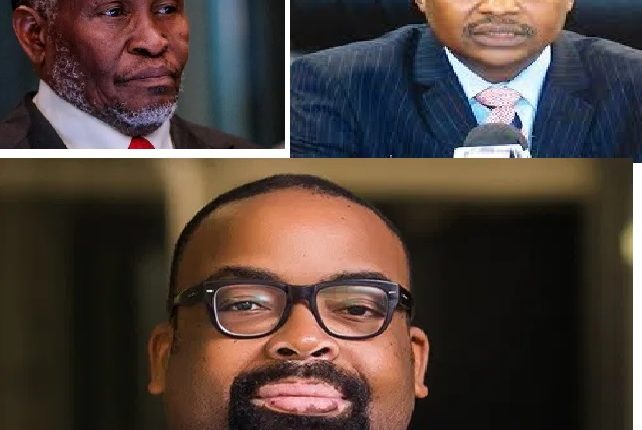 The Chief Justice of Nigeria (CJN), Justice Ibrahim Muhammad, Attorney General of the Federation (AGF) and Minister of Justice, Abubakar Malami (SAN), the President of the Nigerian Bar Association (NBA), Olumide Akpata, and other legal luminaries, on Tuesday, eulogised the late justice of the Supreme Court, Justice Sylvester Umaru Onu.

Justice Muhammad and other dignitaries spoke at the valedictory court session, in Abuja, held in honour of Justice Onu who died on November 20, 2020, at the age of 82 years.

The CJN recalled in his remarks that the occasion once brings to mind the certainty of death afterlife and
described the late justice as “a very unique and nationalistic Nigerian with a radical posture of justice and rule of law.”

He said even though Justice Onu ” looked simple and unassuming, he was very strict and consciously principled in disposition”.

The CJN also said that Justice Onu’s judgements which are firmly rooted in law and wisdom permeate even the most delicate hearts like a soothing balm, to the extent that even the guilty begins to pour out his heart in penitence.

Justice Onu who was called to Nigerian Bar on October 15, 1965. served as associate Magistrate and Magistrate from 1965 – 1968 in Kaduna.

The CJN said that, even in death, the works of Justice Onu remain as a formidable fountain to those in need of inspiration, succour and even strength to weather the storm of life.

He described late Justice Onu as a selfless judge who lived strictly in accordance with his oaths of office and allegiance.

On his part, the Attorney General of Federation and Minister of Justice Abubakar Malami (SAN) commended late Justice Onu judgements.

In a speech delivered on his behalf by the Solicitor General of the Federation, Dayo Apata (SAN) he said “His Lordship can at best be ascribed as a distinguished fellow whose mark of excellence was remarkable.”