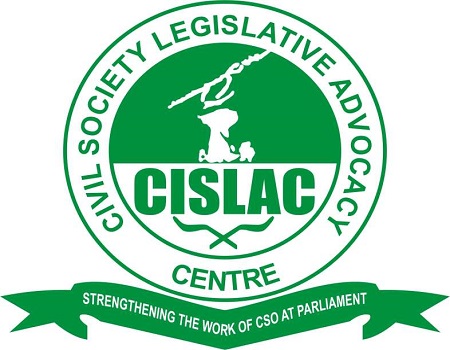 THE Civil Society Legislative Advocacy Centre (CISLAC) has condemned the invasion of Daily Trust Newspaper by the army, describing the action as threat to freedom of the press and undermines the rule of law.

CISLAC, therefore, demanded the immediate release of “the undemocratically arrested personnel of Daily Trust Newspapers, while calling for adequate oversight activities by relevant legislative committees in the National Assembly on the conduct of military agents across the country.”

A statement by CISLAC’s Executive Director, Auwal Ibrahim Musa, made available to newsmen in Lagos on Monday, also condemned the approach used by army in its response to its alleged professional misdeeds relating to some publications by Daily Trust Newspapers.

“The unnecessary show of excessive force and arbitrary arrests of staff of the media outfit, as well as the invasion of Daily Trust Offices in Abuja and Maiduguri, amounts to intimidation and threat to freedom of press and undermines the rule of law.

ALSO READ: 2019: Tinubu will be used and dumped —Lamido

“We wish to state that a free and proactive press is indispensable in a true democratic society and remains a veritable platform for informing and educating citizens to effectively engage issues of governance, while also holding government accountable.

“This is possible only by public presentation of facts, and articulation or publication of findings without fear or favour.

“CISLAC is surprised that after about two decades of Nigeria’s return to democratic system, enabling instrument of democracy like freedom of press remains a difficult thing to achieve, despite the provision of Section 39(1) of the Constitution of Federal Republic of Nigeria that, “Every person shall be entitled to freedom of expression, including freedom to hold opinions and to receive and impart ideas and information without interference.”

“We are seriously disturbed by the persistent and unchecked violation of the rule of law in recent times by security agencies including unjustifiable threats against vital institutions of democracy and human rights in the country.

“We are concerned by the existing high-handed response deployed by security agencies to civil issues and their level of misconducts, creating public doubt about their readiness and credibility to sincerely conduct themselves appropriately in the 2019 general elections without fear or favour.

“While we believe that journalists and the media should be responsible within the rule of law and avoid acts that could undermine the peace and security of the nation, we insist that the military cannot resort to self-help and excessive show of force to intimidate civilians whenever it feels aggrieved.

“The laws of our land has made adequate provisions for how such should be addressed and the military should not act outside of these laws, ” the statement said.

The body expressed worry at the recent increased violence and insecurity in the country, and the growing desperation among political parties clamouring for power in 2019 with resultant tension and uncertainty in political atmosphere.

APC will keep all electoral promises in Ogun ― Abiodun