‘Church leaders must be steadfast, united to intercede for Nigeria from impending attacks’ 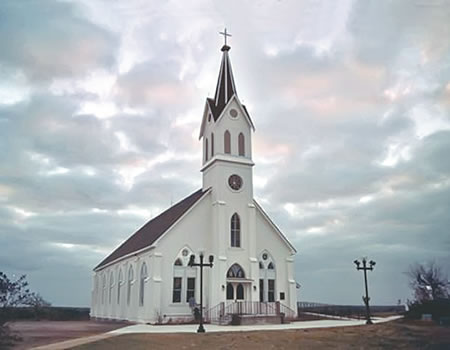 Away from coronavirus pandemic, Pastor Matthew Adewale of the End Time Awareness Ministries, has predicted difficult times ahead in Nigeria and has called on church leaders to be steadfast in their core responsibilities and seek God’s intervention in prayers to avert the impending evil that would visit the world and Nigeria in particular again.

Speaking to newsmen in Ibadan, Oyo State, the cleric revealed that God told him that a war is coming to the country and it is even beyond that of Boko haram,  but coming inform of international terrorist attack that will invade Nigeria.

“The revelation indeed troubled my heart and I have been interceding for Nigeria. God revealed to me that Nigeria will experience a serious war; not a tribal war, such as the kind we have been hearing of in Western countries, unless God intervenes, it is coming to Nigeria and every time I see that vision,” he added.

He, however, appealed to Church leaders and Christian bodies to come together and pray against this coming evil as a body of Christ. He also urged religious leaders to shun discrimination and remain united to intercede for the country from the evil attack.

He also enlightened people that the end time is near and that God’s mercy for mankind might no longer work for sinners in the midst of the great tribulation.

“I can assure you that the time isChurch very near when mercy will hand over its work to God. This means, mercy will end upon mankind. We are getting near to the time when the mercy of the Lord from the Garden of Eden will cease. A time will come when the advocate will turn into a judge.

“Our sins have gotten to a certain level where the mercy will stop its work. It has been written in the scripture that in the latter days which we are in now, that the wrath of God will befall mankind. God has been merciful for the past 6000 years, but it is getting to a point where that mercy will cease.

“I see attacks from the all corners and Nigerian soldiers and other related forces were consumed. This baffles me a lot. If a war can go to the extent of overpowering our security forces, then it will be terrible. I have been seeing ministers sharing this same revelation, both in Nigeria and abroad. Aare Gani Adams also cried out that foreign terrorists have reached our doorsteps. This should not be taken with levity by our government and traditional rulers so that the nation won’t be caught unawares,” he said.

He also stressed that the attack doesn’t exempt other religious bodies, as against the popular belief that it is a war against Christians only, adding that, “They consider all Nigerians Gentiles. They must understand that everyone will face the war as they aren’t after Christians alone. This is the time for mankind to turn to God, repent from their sinful ways and everyone should accept Jesus Christ as their Lord and Saviour. I pray that we shall overcome all coming evil in Jesus name.”

Security: Buhari And His Loudest Trumpet