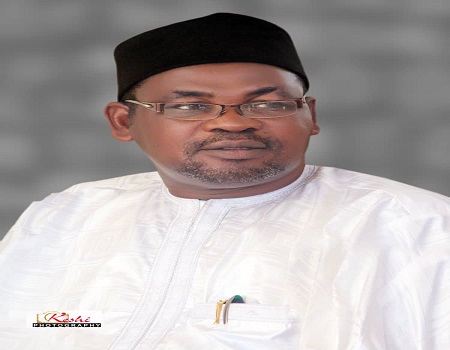 Christians in Gombe State have been called upon to use the Christmas celebration which signifies the birth of Jesus Christ for sober reflection, sacrifice, love and peaceful co-existence which the celebration preaches.

The call was made by the Secretary to the Gombe State Government (SSG), Professor Ibrahim Abubakar Njodi in his Christmas message which contained his best wishes to felicitate with the entire Christian community in Gombe State on the occasion of the Christmas celebration.

Professor Abubakar Njodi equally called on Christians to use the Christmas celebration to pray for the continued peace of the state and country at large.

The SSG further said that the current APC led administration of Governor, Muhammadu Inuwa Yahaya is poised to uplift the living conditions of the people in the state through policies and Programmes that will bring about economic development.

Some of these policies already in motion, the SSG noted was the 3G project which has so far employed over 2,7000 beneficiaries across the state as well as the ‘Network Eleven- Hundred’ which seeks to construct at least one hundred kilometres of the road network in each of the local government Area of the state.

Professor Abubakar Njodi further noted that the modest achievements the present administration has recorded in the areas of water supply, electricity supply and the health and education sectors describing the gains as unprecedented.

While wishing the Christian community in the state a blissful Christmas celebration, the Secretary to the Gombe state admonishes them to continue praying for the leadership in the state and the country in general as contained in a statement by Joshua Danmalam, Information Officer, Office of the SSG.

Yuetide: Senator Melaye felicitates Nigerians, calls for tolerance of all shades of opinion

Kwara people must own, benefit from Harmony Holdings — New GMD