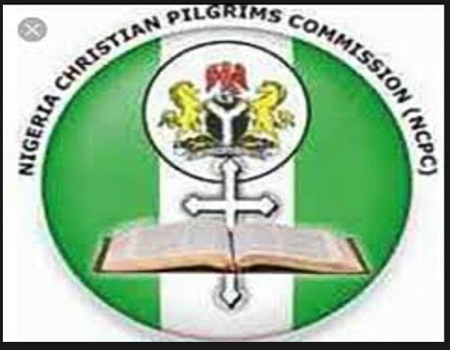 Following a meeting of Nigeria Christian Pilgrimage Commission (NCPC) with other stakeholders, there are strong indications that intending Christian pilgrims to Isreal may perform the religious exercise this year.

According to a statement signed by the Special Adviser Media, to the Executive Secretary, Nigeria Christian Pilgrimage Commission (NCPC), Mr Pam Ayuba, a meeting was recently conveyed via zoom with Executive Secretaries and Board Chairmen of States’ Christian Pilgrim Welfare Boards, SCPWBS including the Federal Capital Territory, Abuja and other stakeholders to explore the possibility of holy pilgrimage to the Kingdom of Jordan.

The meeting came shortly after a recent trip undertaken by the commission to the Kingdom of Jordan on an exploration of Holy sites led by the Executive Secretary (ES), Rev. Dr Yakubu Pam.

Speaking at the meeting, the Executive Secretary NCPC, Rev Dr Yakubu Pam, called on all in attendance to discuss frankly and come up with decisions that shall restore the confidence of Christians and especially those intended Pilgrims who had paid their fares to perform last year’s pilgrimage but couldn’t following the outbreak of COVID-19 and the subsequent lockdown worldwide.

He assured them that all decisions that shall be reached will be communicated to the federal government promising to back up with an official letter to all state governors to appeal to them to support whatever decision to be taken.

ALSO READ: Unemployment is the reason for rise in banditry ― CAN president

The statement depicted that the meeting resolved to include for the first time in its history the Kingdom of Jordan alongside Israel known to host many old Testament biblical sites where Moses led the children of Israel out from Egypt to the Promised Land.

Among the decisions reached, which were noted by Rev Magaji were; the importance of Jordan to the Christian faith noting it as an important era during the sojourn of Israelites in Egypt and their subsequent Exodus to Canaan enroute most parts of Jordan like the River Zarqa believed to link the biblical River Jabbok where Jacob was said to have crossed on his way to Canaan.

Other critical sites explored on the visit were Ammon-Madaba where according to history the Byzantine mosaics excavation were seen including the famous Madaba Map showing the Holy Land.

Also, Mount Nebo where Moses stood to see the Promised Land shortly before he died as decreed by God. There is also the baptismal site where Jesus was baptised at the River Jordan and where he healed the two madmen of evil casting the devil out of them into the herd of pigs in Umm Qais.