Entertainment
By Femi Oguntayo On Sep 4, 2021 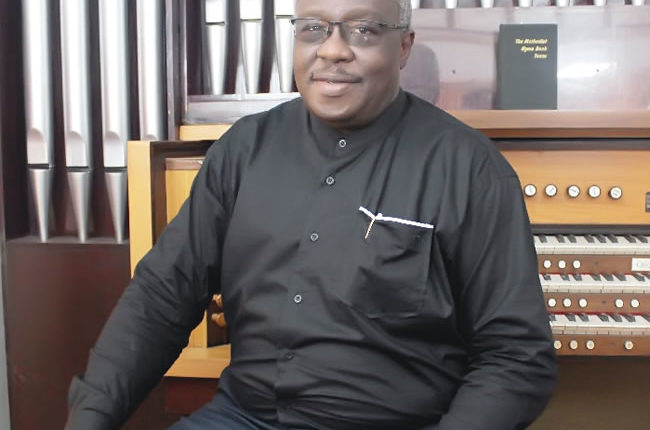 Sunday, August 22, 2021, is a day many members, especially parents, of the prestigious Ikoyi Club 1938, Lagos will always remember.

That day, which is now definitely marked forever in the club’s history, a children’s music concert sponsored by Beloxxi Biscuits and organised by Lanre Delano’s ChOPiN (Church Organ Projects in Nigeria) was held for the first time ever at the club’s Rotunda and it stunned its members.

The concert was the grand finale of three weeks of music summer classes for the children of the club. With the children eager to show off what they learnt musically during the camp, the concert kicked off with the piano piece played by a young lad, Christopher Molokwu, who was cool, calm and dexterous on the piano.

He was followed by Inumidun, who displayed amazing dexterity on the talking drum which was astonishing because he just started playing it during the camp.

Ifekiitan Kolajo then played Iya Ni Wura on the keyboard and her grandmother was so moved that she danced along to it.

A band made up of the Darasimi Eyinade and others also played some highlife tunes followed by Aanisah Ajayi in a vocal duet of Santa Lucia. The violinists played and then a playlet of Ajala the popular traveller was staged and featured the Alleys, Iyamabo,  Omotayo, Sogelola and others.

Obviously stunned by the talent in the children, the Ikoyi Club members spoke out to commend them and the organisers.

OlukemiOnabanjo thanked ChOPiN, Ikoyi Club and Beloxxi Biscuits for the initiative; Dr Adedeji Ashiru specially thanked Delano (who’s also a long-standing member of the club) and said he wants the concert to continue so he’s ready to support it all the way; Tosin Bajomo said the concert had proven Ikoyi Club needed a music section.

Beloxxi Biscuits’ main representative at the concert, Tolu Uduebor, then thanked the parents for allowing their children to attend the music classes and that she’s sure it’ll be very beneficial to them in the future.

Then all the children came together to perform the global hit, We Are The World, as the last performance before Ademola Mumuney, Chairman, Ikoyi Club spoke and assured members that he would ensure the concert holds regularly enough to encourage children to grow musically. Delano, CEO, ChOPiN also pledged his knowledge and expertise in the music and entertainment industry to support Ikoyi Club 1938.

The entertainment chairman, Bolaji Martins gave his closing remarks and promised to look into suggestions made. He thanked Delano for a job well done with a standing ovation from everyone. The concert ended with the sharing of certificates to all participants.

My husband beat me and my father, threw stones at my parents —Wife

2021 has been a good year ― Turkey-based comedian, LinoMrLion