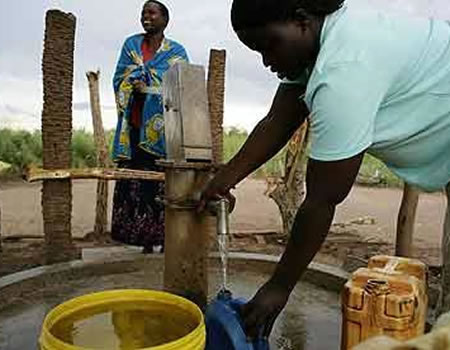 THE Bauchi State Government in collaboration with United Nations Children’s Fund (UNICEF) has constructed 10 boreholes and six blocks of pour flush latrines in Tsangaya schools to avert cholera epidemic in the state.

Mr Garba Babaji, the Permanent Secretary, Bauchi State Rural Water Supply and Sanitation Agency (RUWASSA), said this on Tuesday at the formal handing over of keys to head teachers of the benefiting schools in Bauchi.

“This is part of government effort to control cholera outbreak in the metropolis that always cause panic among the residents.

“The government and UNICEF put up measures to prevent the spread of the water-borne disease by committing the N41, 110,479.00 to support preparedness and response activities for the epidemic.

He said the combined efforts by the state government and other stakeholders would have an impact in cholera control and prevention with the full involvement of individuals at the community level.

According to him, the action was spurred by the nature of the disease and at the rate at which the waterborne disease spreads in the metropolis.

“The recent reports of an outbreak call for government and residents to reinforce their commitment to keeping and maintaining their environment clean as well as adopting safer behaviours with regard to personal hygiene and indiscriminate throwing of garbage,’’ Babaji said.

He said other measures to adopt to prevent a cholera outbreak include fumigation and evacuation of filled up latrines in 25 schools, mostly Tsangaya, and College of Education, Kangere.

“So also 70 persons were on bucket chlorination and subsequently reaching 25,524 people for the treatment of household water supply sources.

“We need to continue investing in long-term measures that would ensure that the community has access to clean and safe water supply as well as assuring food safety,” he said.

Besides, Babaji said community health education messages and treatment of septic tanks in most communities, washing of hands with clean water and soap before and after eating foods had been created.

“Washing of fruits with clean and safe water before eating them, eating properly-cooked food will also help,” he said.

The scribe therefore urged civic and community leaders to provide leadership and play their role in the prevention and control of cholera in their respective communities.

“We are highly delighted for the initiative of UNICEF and state government to provide these latrines to control the cholera epidemic which is a menace in our communities.

“That is what we called prevention is better than cure. We will make sure that the facilities are adequately maintained and sustained,” he said.