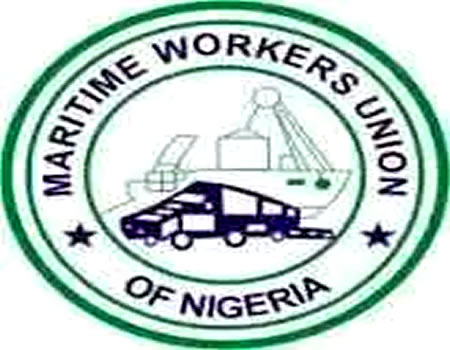 COMBINED seafarers from the Nigerian Merchant Navy Officers and Water Transport Senior Staff Association (NMNOWTSSA) and the Maritime Workers’ Union of Nigeria (MWUN)  have raised the alarm over influx of Chinese sailors taking over seafaring business onboard vessels in Nigeria’s territorial waters.

The union’s said that 300 Nigerian crews were replaced at the ongoing Dangote Refinery at the Lekki Free Trade Zone in Lagos, alleging that all Nigerians onboard all the vessels were sacked and replaced with a Chinese crew.

In a letter written to the Nigerian Maritime Administration and Safety Agency (NIMASA), the labour unions stated that “We as a matter of urgency, wish to meet with you to discuss the following burning issues as they affect the maritime sector and proffer solutions.

According to the letter, the issue of the Influx of Chinese seafarers into Nigeria’s maritime industry and its non-conformity with the nation’s  Cabotage Act, top the agenda of the proposed meeting with NIMASA.

The concerned Seafarers lamented that the presence of the Chinese nationals on Nigerian waters send a wrong signal to the international community.

According to the letter signed by the Secretaries of the two unions; namely Comrade Julius Efokpor and Felix Akingboye, the organised labour stated that the influx of the foreign seamen contravenes the cabotage act of 2003.

They called on the apex maritime regulatory agency to revisit the situation and take quick action to ensure strict compliance to the cabotage law.

“Our attention has been drawn to the above subject matter in contravention of the Cabotage Act. 2003.

“All Nigerians onboard the HYSY698 vessel were sacked. We were also informed that the vessel managers said they did not need any Nigerian to work with them.

“The vessel was detained by NIMASA for failing to comply with the manning requirement of the Cabotage law and was later released after 3days, which is not acceptable. Please, we are open to a meeting on the issue.

“The vessel is already at the worksite to commence Operation soon. Like wildfire In the harmattan, which can do nobody any good, we are informed that the owners and agents of the vessels refused to work with Nigerians onboard, rather they already have a full crew of Chinese Seafarers from the Master of the vessels to the least man onboard.

“Information at our disposal reveals that the Dangote Refinery Project at Lekki, Lagos shall be deploying two AHTS and lay barge for its use.

“The vessels will be used for the installation of Pipelines, SBM and etc.

“The AHTS has a minimum crew complement of 22 each and the Lay Barge Is to carry 200 staff strength onboard.

“With their back to back, the total workforce would be 500 personnel approximately and the duration of the contract is 2 years plus.

“The management company for the vessel is Anglo Eastern Ship Management and owners of the vessel are COOEC China,” the aggrieved labour unions explained.

Payment of new minimum wage may delay in Kwara ― Ahmed