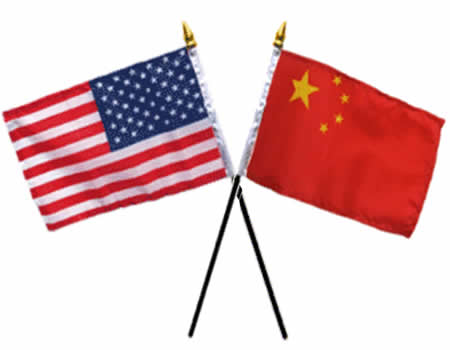 China has decided to impose sanctions on four people with United States (US) institutional links who have acted viciously on issues related to the Hong Kong Special Administrative Region (HKSAR).

A foreign ministry spokesperson said this on Monday.

Spokesperson Hua Chunying made the remarks in response to the U.S. State Department and Treasury Department’s announcement on Nov. 9 that sanctions were being imposed on four Chinese officials from China’s central government and the HKSAR government.

The other two are Crystal Rosario of NDI, and Kelvin Sit, NDI Programme Manager in Hong Kong.

Hua said that China was in firm opposition to the moves by the U.S.

According to China, by the moves, the U.S. has openly meddled in Hong Kong affairs and interfered in China’s internal affairs, while grossly trampling on the principles of international law and the basic norms of international relations.

“I have to emphasise again that Hong Kong is an inseparable part of China, and Hong Kong affairs are purely China’s internal affairs.

“The U.S. side should immediately stop interfering in Hong Kong’s affairs, should no longer interfere in China’s internal affairs, and should go no further along the wrong path,’’ Hua said.

Beware! Scam registration for N20000 COVID-19 funds may expose you to wire fraud