Children should learn to expose those who want to steal their childhood, future —Sharon Omotoso, senior lecturer, Unibadan 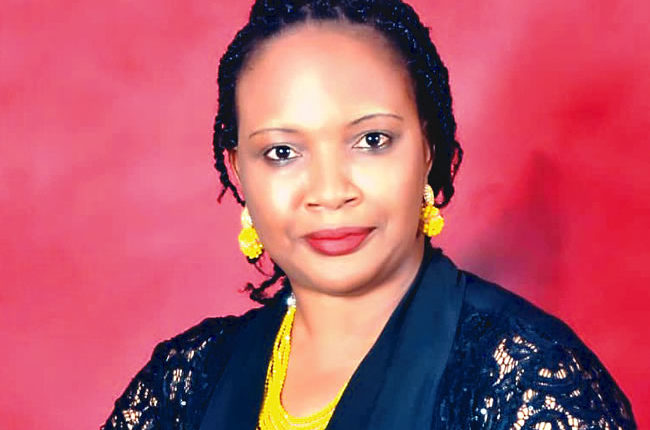 Dr Sharon Omotoso is a senior lecturer at the Institute of African Studies, University of Ibadan, where she is the coordinator of the Women’s Research and Documentation Centre (WORDOC). Her specialties include gender studies, applied ethics and political communication in Africa. In this interview by KINGSLEY ALUMONA, she speaks about gender challenges and domestic violence and women leadership.

Briefly tell us about your education background.

I am an alumna of St. Annes School, The Polytechnic Ibadan, Olabisi Onabanjo University Ago-Iwoye, and The Coady International Institute of St. Francis Xavier University, Canada, where I trained in Mass Communication, Philosophy and Women’s Leadership respectively. I specialise in gender studies, applied ethics and political communication in Africa

Some Nigerians believe that feminist ideologies and movements are alien and unacceptable in their cultures. As a feminist researcher, what is your take on this?

Feminism is not alien to Africa Feminist aspirations only differ across spaces, just as Western feminist aspirations are not same as Africa’s. It is not about hating men and it is not about taking over from men. Anyone who believes in ending sexist exploitation and oppression of women is a feminist and history records several of such people across the continent, even before colonial incursion. African Feminism highlights values for addressing African problems, including those we inherited. People’s inability to critically analyse feminism has led to the confusion in feminist advocacy and activism. There are as many approaches to ending sexist oppression as there are forms of feminism. Most people who claim to be feminists today need to be appropriately guided and thoroughly schooled. Otherwise, feminism will lose face. That is what we teach on our Gender Studies Programme at the Institute of African Studies, University of Ibadan.

Is there a difference between feminism and womanism. If there is, which one would you recommend in handling issues relating to the female gender in patriarchal Nigerian society?

Efforts to understand and operationalise feminism in more practical terms across Africa brought about ‘Womanism’, ‘Motherism’ ‘Femininity’, ‘STIWANISM’, NEGO-Feminism and more. They are each propounded in response to Western understanding of feminism which may not completely align with African systems. Any of these and more could be deployed to address repressive systems in Nigeria. I usually tell my students that we can all claim to be feminists, but we will each end up with our own strand/philosophy of feminism. What is important is the group goal of ending all forms of gender-based discrimination in pursuit of egalitarianism and equity.

What role do you think the feminist ideology could play in checkmating social ills like domestic violence and gender discrimination in Nigeria?

Feminist ideologies are numerous and multi-dimensional. They provide prisms within which issues of marginalisation, powerlessness, exploitation and systemic violence may be understood. Key roles of any feminist ideology include situation analysis, consciousness-raising, speaking up on issues, constructive and fearless engagement. Within these are series of knowledge-based activities that enable advocacy, public enlightenment and mass mobilisation.

Feminist ideologies approach social ills from informed perspective, because many beclouded by culture and religion have been perpetrators and/or victims of domestic violence and gender discrimination without knowing. Feminist ideologies expound what constitutes social ills and call attention to addressing them via legislations, training, community engagements and stakeholder interventions; gendered representation, among others.

Rape and sexual abuses are almost becoming recurrent decimals in many parts of the country. What roles could gender and ethics scholars like you play in addressing or checkmating such vices?

Gender and ethics are core to addressing a wide range of vices within spaces, including the social and political. Prevalent challenges of lack of moral capital traced to weak family values contributes to the increase in sexual abuse—no thanks to the discontent created by failing systems. The tools of research, advocacy and activism are being combined to address these challenges. With research, trends are studied, emerging issues are identified, then predictions and prescriptions are made. Sadly, most Nigerian populace do not read. Policy documents with plausible solutions have gathered dust on shelves because government has neglected the intellectual support of academics. Advocacy allows for action-based translation of research so that they capture and address citizens’ realities, while activism pushes a step further to demand attention by mounting pressure on systems for redress.

What is gender mainstreaming? And, how could it help to ensure fairness and justice in contemporary Nigeria?

Simply put, gender mainstreaming is about putting on a gender lens, living with the reality of the uniqueness of men and women and factoring this into all facets of life. We mainstream gender when we recognise that the potentials of half of the nation’s population cannot be discountenanced just because they are women. Take an analogy of a bridge-building project—a woman’s description of a useful bridge would be that which is easily accessible to all (including physically challenged, children, aged, and so on), meanwhile men may not consider some of these issues if they were to implement barring women’s contributions. It is not because they are heartless—they are just not wired as such. Anyone or system that mainstream gender are careful to ask the question; what about women/men before taking decisions. This must cut across all sectors of human endeavour.

What do you think the leadership and governance system of Nigeria would look like if we have about 45 per cent of women in appointed and elected offices?

We do need a critical mass of women in governance in pursuance of the sustainable development goal 5 (gender equality), the United Nations affirmative action and the several international and regional instruments. I may not be able to predict what it would be like when more women are in governance because we are dealing here with human elements. Nevertheless, it would be a signal of inclusive governance which should expectedly translate into good governance. Part of our mandates at the Women’s Research and Documentation Centre (WORDOC), which I coordinate at the Institute of African Studies, is to document these trends so that they are made available for further research and development.

Currently, the hearing of the review of the 1999 Constitution is on-going in the six geo-political zones of the country. If you were one of the reviewers, what would you recommend as regards the revitalisation of the Nigerian tertiary education system?

The debates around maybe a new constitution or a reviewed constitution are hot now and necessary. Women are equally presenting their views on a gender sensitive constitution. Amidst these and equally pressing needs is Nigeria’s tertiary education system which needs a complete overhaul. Both the public and private actors must keep the focus of providing eclectic and pragmatic education for the coming generation at affordable cost. Government as well as other stakeholders must restore hope for those pursuing tertiary education. And, by hope, I mean value for the time invested by both teachers and learners. This also covers restoration of the dignity and fulfilment that accompanied tertiary education way back. Otherwise, the nation risks producing citizens who will not be able to make enlightened decisions for nation building.

Children’s Day was celebrated some weeks ago. Do you have some words for Nigerian children as regards their security and future?

Security is now everybody’s business. Children should look out for worthy mentors who can guide them through life. With the uncertainty of these times, the culture of silence must be shattered. Children should learn to expose those who want to steal their childhood, their innocence and of course their future. The basic tenets of communal parenting by morally upright people must be brought to fore.

Not everybody knows you are a co-pastor with your husband at The Lighted Place International. Could you tell us about the ministry and your passion for pastoral endeavours?

Pastoral endeavour goes beyond passion. It is a call to service. There is no greater call than to love the Lord and raise people. That is the core mandate since 2016 at Full Lighthouse Ministry. Although we have been serving the Lord Jesus together for the last twenty years, we tried to escape church planting but later discovered that it is a mandate that cannot be ignored. The vision gets clearer by the day. There are units providing knowledge-based services, mentorship and community development programmes restoring Godly values into the world. We trust God that the path will shine brighter and brighter as we follow His lead.

What do you like doing in your leisure? And, if you were to make a wish in your next birthday, what would it be?

Leisure… I listen to hymns and relax with my family in whatever way we agree to. I am not a fan of birthdays, so I don’t wait for birthdays to make a wish (laugh). Whatsoever I desire in God’s name and whenever I call, He answers. That is my principle in the order of Romans 8:28 (All things work together for good to them that love God and are called according to His purpose).