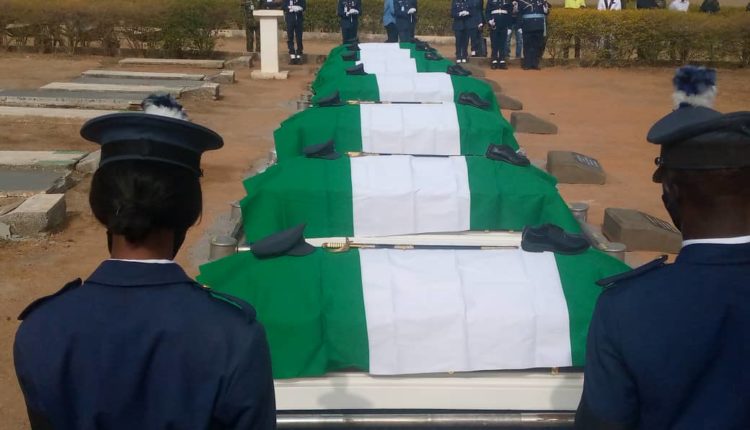 The representatives of the deceased families were presented with the national colours by the Chief of Air Staff, Air Vice Marshal Oladayo Amao, as well the laying of the wreath and the firing of a volley by the burial party.

The Chief of Air Staff(CAS) betrayed emotions as he wept while making his presentation at the burial ceremony for victims.

AVM Amao, who got emotional, broke down several times weeping while reading his speech at the ceremony, where he described the deceased as some of the finest officers in the service and prayed to God to console their immediate families.

Those in attendance at the ceremony include the Ekiti State Governor, Dr Kayode Fayemi; Women Affairs Minister, Dame Pauline Tallen; Minister of Information and Culture, Alhaji Lai Mohammed; the service chiefs, serving and retired top military officers, Senate and House Committees Chairmen on NAF, among others.