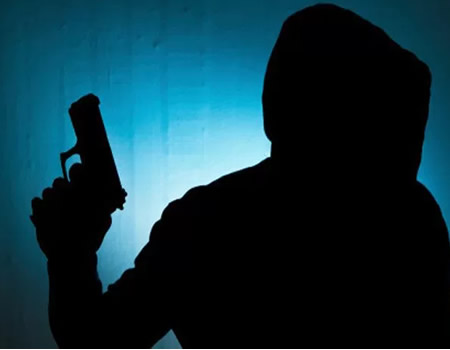 A 33-year-old chef, Obi Ogama, who worked with a former minister of finance, Kalu Idika Kalu, has told the police in Lagos State how he drugged his master so that armed robbers could operate unhindered in his Victoria Island Lagos home.

The chef and five other members of the gang, who operated a fake recruitment agency, were paraded by the acting Commissioner of Police in the state, Imohimi Edgal, at the police headquarters, on Monday.

The gang members confessed that through their fake recruitment agency, they provided domestic staff for influential personalities, while using such staff to gain access to rob, such people, later.

While making his confession, Obi admitted having drugged his former master, thereby making it easy for his other gang members to operate, while saying he got N100,000 from the proceeds of the crime.

The suspects were arrested by the operatives of the State Intelligence Bureau of the Lagos State Police Command after the former minister reported the case to the state police boss.

Obi said: “I started working for Dr Kalu about 10 months ago as a chef I got to know Emmanuel, who introduced me to the gang in Ogoja, Cross River State.

“Emmanuel and I have been friends for a long time before I came to Lagos, and one day, he told me that I could make a lot of money from my boss if only I would agree to do what I was told to do.

“He then promised to introduce me to his friends.

“One day, he invited me for an outing where he introduced me to the gang members. We met at a bar on the Island. They were three; they told me that they would give me five sleeping pills and that all I needed to do was to mix it in my boss’s coffee.

“I then described how they would gain access to the house, and on the day of the operation, I drugged my boss, and when the gang entered, I stayed in my room, while they searched the house.

“They were able to find cash and several valuables in the rooms searched, and they later came to hand a cash of N100,000 to me.

“It was my friend who introduced me to the gang; it was later I got to know they operate a fake recruitment agency which they use to gain access to wealthy people,” Obi said.

Another member of the gang, Joy said: “I was recruited into the gang by my brother, Emmanuel.

“Before I was posted to the home of my boss, the gang tutored me on what to do. They told me to first of all gain the trust of the woman I was going to work with. They told me that the woman is wicked and had treated her former housemaid badly and that it was going to be pay-back time for her.

“When I arrived the house, at Lekki Phase 2, I was told that they were going to pay me N40,000 as salary.  I was satisfied with the amount. But having been recruited by the gang, I had no choice but to do their biddings.

“One month after I was recruited, I set in motion on how to carry out the task I was assigned.

“On that fateful day, Emmanuel sent me five sleeping pills and instructed me to grind and dissolve them in my boss’s coffee, which I did.

“We also sprinkled some substance on her bed which would enable her sleep very well.

“However, luck ran against us when she felt uncomfortable and asked me to remove the bedspread. I still don’t understand she discovered our plans,” the suspect said.

While speaking on the suspects, the state police boss, Mr Edgal, said that the gang had on September 20, stormed Victoria Island residence of the former minister, after he had been drugged.

“The gang searched the whole house and made away with N750,000, a Blackberry mobile phone, a Samsung mobile phone and other items worth about N10. 9million.”

I buy phones from robbers, resell as London-used —Man arrested with stolen phone