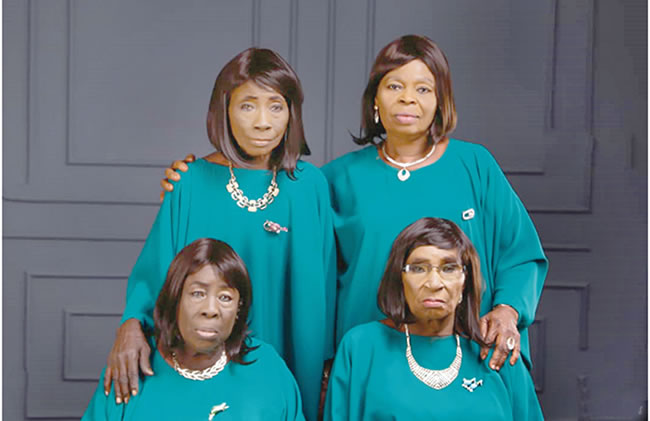 TO commemorate this year’s World Elder Abuse Awareness Day, the Center for Gender Economics celebrated the positive contributions of older women in the community by organising a photo-shoot themed: “Beauty in experience” for four elderly women in Itedo community of Lagos State.

The four women are; Lydia 100 years, Tomasa 91 Years, Florence 97 years and Victoria 59 years. They are all women whose life experiences are that of hard work, life struggles, sacrifice, and resilience.

The four of them are all widows whose rights need to be protected and their well-being supported.

“Older people repeatedly say that they are considered out-of-use, ugly, inept and a strain on resources by their relatives and by government, as well as being exposed to abuse. Nothing adequate is being put in place to stop this abuse and defend the rights of older people,” said Uchenna Idoko, Executive Director at Center for Gender Economics.

The CGE Africa with support from Global Affairs, Canada and Action Aid Nigeria decided to shine its light on women whose shoulders generations have climbed on to rise. The foundation stated this in a release made available to Xquisite.

“Our aim is to emphasise on their rights to joy by building their confidence, and self-care consciousness. Elderly persons are essential in the fabric of our society. It’s time for us to acknowledge their importance and identify that they are entitled to the respect of their communities and especially their families.

“We are implementing a project titled Promoting Socio-Economic Inclusion of Elderly Women through Wellbeing Parties in Itedo Community, Lagos State; this project is funded by Global Affairs Canada and Action Aid Nigeria.”