Cervical cancer can occur in women who never had sex —Expert 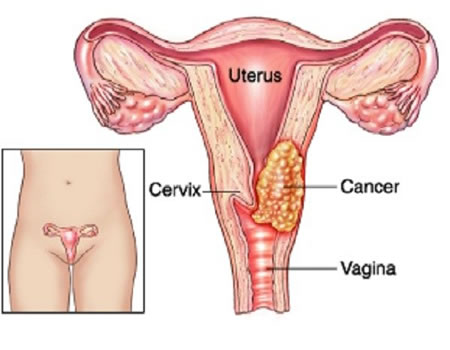 ALTHOUGH cervical cancer is most times associated with sex, a medical expert, Dr Akin-Tunde Ademola Odukogbe, has warned that cervical cancer can also occur in people who never had sex.

Odukogbe, a consultant obstetric and gynaecologist, University College Hospital (UCH), Ibadan, stated that the cervix, the neck of the womb, is prone to being affected by a sexually acquired human papilloma virus (HPV), a germ that is acquired during sexual intercourse or through other means, particularly during the teenage years.

The expert, who declared that about 97 per cent of the cervical cancer cases have the virus, stated that women that smoke, with depressed immunity or have other sexually acquired infections are more predisposed to developing cervical cancer.

Odukogbe added that some experts have also suggested women that had several childbirths or who use oral contraceptives for long periods stand a higher chance of developing this cancer.

He stated that cancer of the cervix is the commonest of the eight cancers in the seven organs of the woman’s reproductive organs, and second only to breast cancer in women, adding that 25,000 women between 25 and 55 years of age develop the disease in Nigeria.

Dr Odukogbe said the early stage of the cancer, which could have occurred between five and 20 years, can be detected through a common test called the pap smear and cured.

In preventing the cancer, he suggested delaying age of first intercourse till after teenage years, avoiding multiple sexual partners and consistent and correct use of condoms when indicated.

He suggested that the HPV vaccine be given to girls between the ages of nine and 12 years to protect them from developing this cancer.

The expert said an effective control of the disease depends on at least 80 per cent of susceptible women being screened regularly although in Nigeria less than 10 per cent are screened, and irregularly.

“While 80 per cent of educated women are aware of the disease, only five per cent of rural women, who form the majority of Nigerian women, know about the problem. Many traditional and religious beliefs also prevent people speaking out or asking questions about the cancer.

“Of course, stigmatisation of the cause of the disease is rife,” he declared.

‘We are overwhelmed with VVF cases in Oyo, educated women not exempted’

Physiotherapists charged on developing solutions to treat persons with COVID-19

Why choice of hypertension medication is important in men — Experts