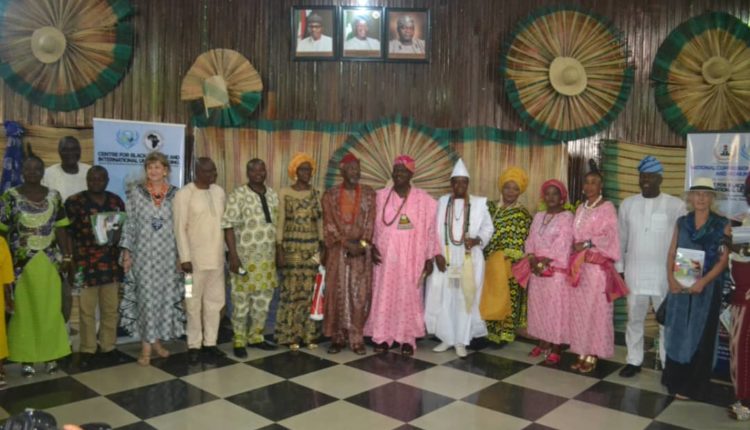 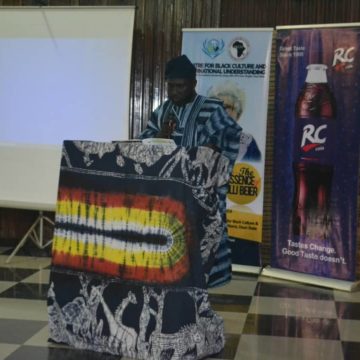 The youth, government and every individual have been advised to live a selfless sacrificing live aimed at impacting on others and embracing the rich African cultures as exemplified by the late German Researcher Ulli Beier and Austrian-born Yoruba Priestess, Susanne Wenger.

This was the hallmark of the discussions at 2019 Annual Ulli Beier Lecture and Workshop organized by Center for Black Culture and International Understanding, Osogbo, held on Thursday, August 15th, 2019.

Speaking earlier on a live programme on OSBC television, the Director of CBCIU, Professor Siyan Oyeweso described the life of Ulli Beier and Susanne Wenger as an integral part of Yoruba and African cultures, adding that the duo lived to bring out and propagate the rich contents of Yoruba culture to the world.

Oyeweso narrated that Ulli Beier, who was a linguist, was brought to the University of Ibadan to teach Phonetics but soon found the life on the campus rigid and boring and later left for Ede, later to Ilobu, Ifon-Osun and Osogbo to learn about Yoruba culture and language.

The Director said “the duo live a life full of selfless sacrifices. This is why they are being remembered annually as they took the Yoruba culture to the world stage. I want to urge Nigerians to learn from them and live lives that will make people remember them.

In his the titled ‘The Essence of Ulli Beier’, the guest speaker of the day, Professor Olutayo Adesina appreciated CBCIU for taking the front seat in reviving the eroding historical and cultural background of the Yoruba race. He said the Yoruba youths must emulate the selfless lifestyle of Ulli Beier.

“In Nigeria of today, there are three people; I, me and myself. We are now at a point where selfishness is the order of the day. Until we as humans, retrace our steps so long, the society will continue to suffer, ” he said.

Adesina, who’s the Head, Department of History, University of Ibadan called on the youth to always respect and cherish what belongs to them. He added that the Nigerian culture is so unique and that is what tied Ulli Beier to it.

“Let me also state here that history is not about the past alone. It’s a total way of our lives. More so, the heritage we are preserving or protecting is not only for tourism but it is about us. We are exactly how we present culture and heritage to the public.

Earlier in his welcome address, the Chairman, Board of Trustees of CBCIU, Prince Olagunsoye Oyinlola said the work of Ulli Beier and Susanne Wenger has contributed largely not only to the cultural and tourism development in Osun but also to the economic advancement of the state as Osun shrine has entered UNESCO category II centre in the world ranking.

Oyinlola, who was represented by a former Secretary to the State Government, Alhaji Kazeem Adio, revealed that the centre will continue to function to the optimum performance and living to expectations of people while sticking to the aims of its creation.

Also speaking at the event is a former Dean, Faculty of Arts, University of Ilorin, Professor (Mrs) Oyeronke Olademo who delivered a lecture on the life of Susanne Wenger.

Top highlights of the programme are cultural displays by a number of troupes, presentation of awards to distinguished personalities who have excelled in the promotion of African culture across the globe.

Murder of Fasoranti’s daughter: It is time to take the war to the enemy ―…