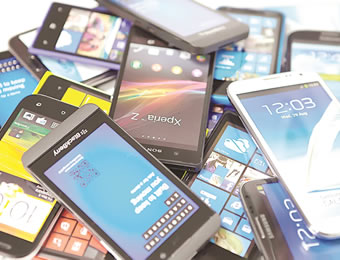 CONSUMERS struggling with coronavirus (Covid-19) pandemic shut-downs and restrictions across sub-Saharan Africa have found a new place to get cash to make ends meet: their cellphones.

Financial Derivatives Company (FDC) Limited, which made this revelation in its monthly bulletin, noted that the coronavirus pandemic has supercharged growth of mobile money and credit on the continent.

African consumers have long been paying each other for goods and services on cellphones, making them among the earliest adopters of mobile money services in the world, the firm stated.

Government shutdowns restricted workers — especially those in the informal sector so prevalent across Africa — from moving around and sending physical cash home.

“The pandemic has turbocharged the usage of digital cash. It has also hastened the use of cellphones not just to transfer money, but also to take out loans and deliver government assistance.

“During the pandemic, African governments bolstered the use of digital payments, known locally as mobile money. The goal was to reduce the usage of hard currency, which requires people to meet face to face and handle physical paper or coins – as well as to keep citizens at home.

“Mobile money differs from popular payment apps like PayPal in the west, or Alipay in China, in that it isn’t connected to an underlying bank account. The telecom service processes the transactions.

“Customers dial a code and then follow simple prompts on their phones, which often are pre-smartphone era devices and don’t require internet access. They enter the number of the person they want to send money to and the amount,” FDC observed.

The Central Bank of Kenya eliminated transaction fees for low-value transactions, among other measures, which it said spurred “a significant increase in the use of mobile money channels by individuals in both value and number of transactions”.

Ghana’s government relaxed regulations that require customers to show their IDs at a mobile carrier’s physical shop in order to purchase a SIM card, to give more people contactless access to mobile money services.

The International Monetary Fund warned in June that it expects gross domestic product per capita in sub-Saharan Africa to contract 5.4 per cent in 2020, the sharpest economic contraction since the 1970s, thrusting as many as 39 million people in the region into extreme poverty. In Madagascar, the government distributed one time social grants of 100,000 Malagasy ariary (about $26) via mobile money to nearly 200,000 households at risk of food insecurity due to lost income from the country’s shutdowns.

Mobile payments Cellphone companies, which have dominated the mobile money space for more than a decade, have used the pandemic to accelerate their expansion beyond payments into more traditional banking services such as lending.

Telecom executives say Africa is a fertile territory because of the lack of traditional bank branches, their distance from most rural areas and the fact that most people earn so little. In 2019, the average GDP per capita in sub-Saharan Africa was $1,585, according to the World Bank.

The active customers in the Middle East and Africa of Orange SA’s Orange Money unit climbed by 5.4 per cent to 19.6 million users from March to June. Orange launched its own bank in Ivory Coast in July, using mobile phones as a distributor for its services.

“The success of Orange Money in Africa has shed a light on how we can proceed in Europe,” said Patrick Roussel, executive vice president of mobile financial services in the Middle East and Africa at Orange.

He cited specifically the importance of the company’s strong distribution network, the better response to customer needs that technology can provide, as well as learning about compliance and IT platform management.

The largest mobile money service on the continent is MPesa, launched in 2007 by Kenya’s Safaricom PLC. It has 40 million active users in Africa and processed transactions worth about $173 billion during the 12 months ended March 31, equivalent to almost double the GDP of Kenya, sub-Saharan Africa’s third-largest economy. “The more time goes by; telecoms are becoming banks and banks are becoming telecoms” FDC reported  Mbare Times as having  quoted Diego Gutierrez  to have said.

Gutierrez is the chief officer for international business at Vodacom Group Ltd., which owns a 35 per cent stake in Safaricom. Telecom firms in Africa have traditionally partnered with local banks to manage the mobile money balances.

The telecoms have a trove of data about customer spending habits through their payment platforms. This helps them make credit decisions for these low-earning customers.