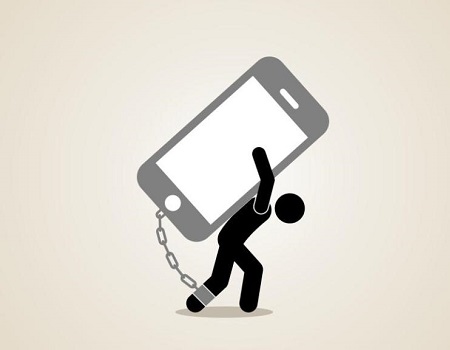 Ibekwe gave the warning in an interview with the News Agency of Nigeria (NAN) on Sunday in Abuja.

Similarly, he warned that the spill of noise from cell phones could aggravate cardiovascular diseases, hypertension and stroke as well as cancer in later years.

He noted that this adverse effect was common especially among young persons.

Ibekwe, who is also the National Secretary of Otorhinolaryngological Society of Nigeria, noted that often time youths use the gadget to play music using earpiece for a very prolonged time.

Otorhinolaryngology is a surgical subspecialty within medicine that deals with conditions of the ear, nose and throat, and related structures of the head and neck.

According to him, prolong use of earpiece to listen to music or any other sound from the phone completely obstruct the ear canal and do not allow escape of any of those sounds.

NAN reports that the ear canal is a tube running from the outer ear to the middle ear.

The ENT expert who described the practice as very common and fashionable among the youth emphasised that some even go to bed with earpiece for as long as six to seven hours, or while working.

He condemned such addiction, describing it as unhealthy.

“If you must listen to music or other sound you should use the earphone within a short period which is safer than the smaller ones which pin into the eye canal,” Ibekwe advised.

“It is a common and fashionable practice among youths, we realised that some of them wear earpiece while sleeping or doing some work for as long as six to seven hours, even some wear it while crossing the express road.

“This can lead to noise-induced hearing loss and the problem with this type of hearing loss is that rehabilitation and treatment is almost not available. It is very difficult to manage.

“There are lots of proven or established cases of noise-induced hearing loss due to the addiction of cell phones.

“Most at times we find out in the patient that hearing loss is the particular ear they often use in answering calls like the left side,” he noted.

The consultant lamented that many children and youths were so obsessed with cell phones thereby using it to play games, watch films or other entertainment for hours rather than utilising the recreational aspect embedded in it.

Ibekwe, who likened such addiction to any other addictions like drugs, smoking of cigarettes, Indian hemp or other substances, decried that a lot of adolescents were so addicted to the extent of dependency.

He added that each time they are unable to grab the phone to play game or access other entertainment packages, their entire system would be in crisis.

The ENT consultant surgeon further noted that some parents are so addicted to the extent that they save, curdle and care for it than they care for their children.

He advised that in as much as cell phone has been proven to be very necessary and useful to augment life in its entirety like shortening the time of communication and enhances businesses, among others, everything should be in moderation.

Ibekwe called for concerted efforts of parents and government, among other stakeholders, to ensure moderation and proper usage of cell phones to forestall inherent dangers associated with prolonged usage.

Besides, he underscored the need for parents to take up the responsibility of monitoring and discouraging their wards from getting addicted to cell phones.

According to him, parents must ensure a lot of regulations in their homes to prevent children access to cell phones to the extent of addiction.

He explained that exposure to prolong noise from cell phones could worsen hypertension and stroke.

According to him, those that are predisposed to hypertension and stroke should guard against such exposure.

“There is an established pathway in the system that noise has proven to aggravate toward what is called the neuroendocrine partway.

“Noise can stimulate the neuroendocrine system leading to an excessive release of cortisol and catecholamines which aggravates cardiovascular diseases.

“Catecholamines are hormones that increase noise pressure. It aggravates its secretion in the body.

“So, those that are predisposed to hypertension and stroke are worst of over too exposure to noise,” Ibekwe said.

The expert also identified another adverse effect of cell phone addiction as possible formation of cancer in later years but described this as unestablished.

According to him, there are speculations of radiation coming from cell phone possibly in later years as having some adverse effects on the users.

“Radiation can predispose the possible formation of cancer and malignancies.

“Though this is not established but very strong and seriously been looked into because the level of radiation that comes from these cell phones are very amazing if you assess and impact on it,’’ he said.

Furthermore, the consultant surgeon advised adults using cell phones to do it in moderation.

Ibekwe enjoined them to often time as possible put their phones on speaker when answering calls to prevent putting them closer to the head or ear.

According to him, such practice will prevent the risk of possible formation of cancer in the future.

He also advised that the tool should be kept away from having contact with our body as much as possible and ensure they are switched off at night due to radiation emanating from it.

“We need to switch off our cell phones at night because of radiation that they generate by so doing at least eight hours in the night is completely off.

“We should also ensure we remove them from our beds,” the ENT consultant surgeon advised.

Meanwhile, Ibekwe has appealed to the Federal Government to ensure outright ban of smartphones usage among underage children to safeguard their future.

He noted that though it is impossible for the government to ban adults from cell phones usage but have every right to protect children.

He noted that a lot of children that are exposed or addicted to cell phones were ignorant of the inherent dangers, unlike adults.

Ibekwe specifically noted that young ones are found of taking risk, describing them as been driven by passion and emotions in whatever they do.

According to him, if proactive step is not taking considering the current trend by banning their usage of cell phones their future will be jeopardised as exposure to such tools could make or mar their lives.

He specifically noted that some primary school children often times carry smartphones given to them by parents to school, describing it as an avoidable distraction from their core purpose of schooling.

According to him, the concerned parents will often time claim that such tools are meant for communication in case of any emergency and eventualities, among other excuses, thereby risking the consequence of such usage.

He noted that such could expose the children to crime and other social vices.

The expert further urged concerned parents to desist from such practice in order to ensure a better future for their children and wards.

The ban on Coach Salisu Yusuf

Cancer, one of top killer diseases in Ibadan in three years ― UCH