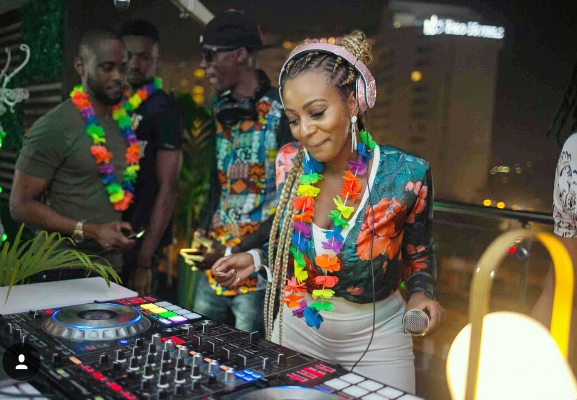 CELEBRITY Disc Jockey, Ifeoluwa Otedola a.k.a DJ Cuppy has announced her plans to award scholarships to ten indigent students to study in the University in 2018.

DJ Cuppy, who is one of Africa’s most celebrated DJs, made the announcement on her twitter page @cuppymusic.

She stated: “I plan to send 10 people to university this year and I’m so proud to say I have completed my first student! Akeem Owolabi is off to Unilag! #Blessed.”
Cuppy who is also a music producer is the daughter of Nigerian business magnate Femi Otedola and sister of travel vlogger, Temi Otedola.

The video of her first official single ‘Greenlight’ featuring Tekno, which was released in October 2017 currently has 4.5million views on YouTube.

DJ Cuppy, who describes her sound as a fusion of ‘Electro’ and ‘Afrobeats’, was the resident DJ for MTV2 show ‘Uncommon Sense’ with Charlamange Tha God.

Her maiden tour ‘Cuppy Takes Africa’ was documented as an eight-episode docu-series, which aired on Fox Life Africa in 2016 and The Africa Channel in 2017.

In April 2014, Cuppy was appointed by the Ministry of Tourism, Culture and National Orientation as the tourism ambassador for the country’s “Fascinating Nigeria” campaign. (NAN)

True love is not found on social media ―RMD