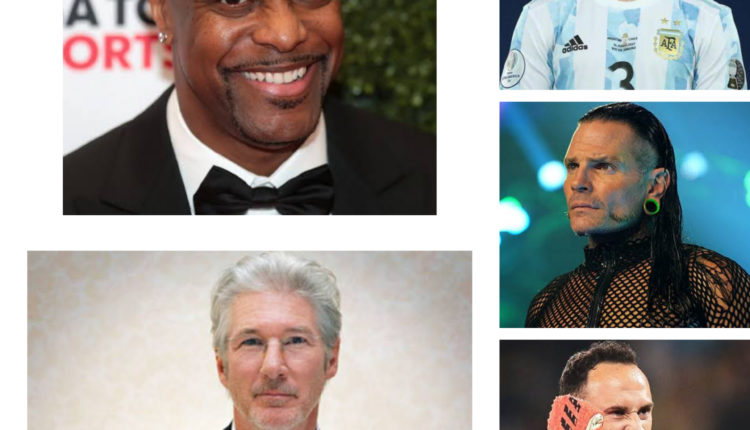 Christopher Tucker (born August 31, 1971) is an American comedian and actor.

He made his debut in 1992 as a stand-up performer on the HBO comedy series Def Comedy Jam, where he frequently appeared on the show during the 1990s.

His film debut was in 1994 when he featured in House Party 3, alongside stars such as Bernie Mac, Marques Houston, and Khandi Alexander.

In 1995 Tucker appeared in one of his most notable and hilarious films, Friday (1995), alongside Ice Cube. That same year, he appeared in another film, Dead Presidents.

His other movies include; The Fifth Element, Money Talks, and Jackie Brown, and later gained fame in the 2000s for playing Detective James Carter in the Rush Hour series, for which he received several accolades.

He started his acting career in the 1970s, playing a supporting role in Looking for Mr Goodbar (1977) and a starring role in Days of Heaven (1978).

He came to prominence with his role in the film American Gigolo (1980), which established him as a leading man.

He is widely considered one of the greatest professional wrestlers of all time and is regarded as one of the most daring high flyers and risk takers in the sport.

Together with his brother Matt Hardy, the tag team The Hardy Boyz are widely regarded as one of the greatest tag teams in professional wrestling history.

Hardy is also involved in motocross, music, painting and other artistic endeavours.

In 2003, Hardy, along with his brother Matt, co-wrote an autobiographical book of memoirs titled The Hardy Boyz. The book was a New York Times Best Seller.

Ospina began his career in Colombia at Atlético Nacional, making his debut with the club in 2005.

He has earned 124 caps for his nation, making him his nation’s most capped player of all time, appearing at four Copa Américas and two World Cups.

He has played for French side Nice, English giants Arsenal and Italian club Napoli.

Nicolás Alejandro Tagliafico (born 31 August 1992) is an Argentine professional footballer who plays as a left-back for Ligue 1 club Lyon and the Argentina national team.

He is noted for his stamina, skill, versatility and excellent technique.

He has played for Argentine clubs Banfield and Independiente, and also Ajax and Lyon.

He has played for the Argentine national team 40 times.