Celebrating SOJ, Okanlomo of Ibadanland, at 57: A culture of humility and gratitude 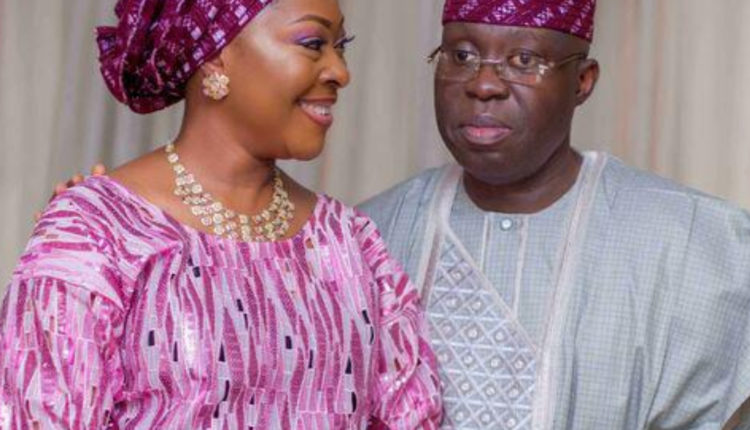 In the year 1980, a young Ibadan son in his teenage years had traveled to the United Kingdom, accompanied by his father to undergo a surgery.

One afternoon in August, he was trying to cross the MaidaVale road, in West London and was having difficulties as he had challenges with his sight under the hot and bright summer sun.

An older African man saw him from a distance and knew he just had to help him. This was an era when not much help came the way of black people in foreign lands.

He ran towards the young man, held him by the hand and helped him cross the highway unhurt and led him to a safe point where they departed. Small world you would call it when the good man discovered he had just helped a fellow Nigerian and also a Yoruba boy.

Fast forward to later that evening, young Soji and his father were having dinner at the London home of the popular Chief Lekan Salami at Rodney court, W9 London and guess who walked in, the good Samaritan!

So excited and surprised was young Soji that he ran towards his helper to thank him for his kindness earlier in the day. The good man only remembered the incident and not the face of the beneficiary. But a bigger surprise awaited everyone when he met the young man’s father and both faces lit up in excitement.

“Soji, do you realise this is the Okanlomo of Ibadan land? Nath! How did you know my son?” asked the late Chief Muibdeen Olalere Akanbi, the young man’s father. It was an avalanche of emotions with the lessons of life that our acts of kindness can make families, countries and indeed the world stronger.

That good Samaritan was the famous Chief (Dr) Nathaniel Olabiyi Idowu (OFR), then Mayeloye and the Okanlomo of Ibadan land. This was the kind of kindness displayed by this great man all through his life and it was a natural decision that young Soji immediately adopted him as his mentor.

Chief N.O Idowu was not born rich but he became very wealthy without any trace of corruption, inflated government contracts or undue favours. He lived for honesty, and years after his departure, his life continues to inspire us that you can make it in life without stealing.

Nigerian football will never forget him for being the pioneer of the professional football league that transformed the game in the country. This was a man who served on the board of the Nigerian Football Association (NFA) and left many perplexed by his unique style of giving to the board rather than taking from it.

Pa Idowu built schools and hospitals, gave business grants and scholarships, helped the locals and foreigners; Christians and Muslims, the young and old and even gave to other rich people.

His generosity transcended Ibadan land and the Nigerian nation. Across the world, he received several awards and honours as a successful businessman and philanthropist.

Never have we seen a more generous man than Chief N.O Idowu in Ibadan and everyone wondered how he never went broke from giving so much to the people. So, it was a huge loss for several indigents on February 20, 2010, when Chief Nathaniel Olabiyi Idowu, died at the age of 76!

He left a huge void to fill in Ibadanland, not only because of his generosity but also because the Okanlomo title is one that any Olubadan would have to consult widely and carefully before it can be bestowed on any man. It was particularly more delicate this time as the Late Pa N.O Idowu had raised the bar for the Okanlomo title.

We could safely say Baba Idowu was no longer a mere mortal. A fellow man cannot possibly give in the manner he did, but whoever would be Okanlomo just had to be outstanding and special in his own way.

Let me give a little insight into the level of respect and honour attached to the Okanlomo title and why so much is expected of its beneficiary.

The Asiwaju, Parakoyi and Okanlamo are some of the premium honorary titles Ibadan land would ever give its outstanding sons. But unlike many other Ibadan honourary titles that exit with subordinates in the form of Otun, Osi… and others, Okanlomo title is a stand-alone premium title.

It took Ibadan another seven years to find a worthy bearer of the title but on March 2, 2017, the Olubadan of Ibadan land, Oba Saliu Adetunji chose Rilwan Adesoji Akanbi and conferred on him the prestigious title, Okanlomo of Ibadan land. When Late Chief Nathaniel Idowu helped the young Adesoji that afternoon in August 1980, he knew he was a special boy but never knew he was rescuing the heir to his title.

Perhaps that was the divine moment when he passed the mantle of succession to the man who would go on in life to bring pride to Ibadan land as an incorruptible politician and successful businessman.

The teenage boy of that day, whose destiny has been shaped by the Almighty and guided by great men like his late father and Chief N.O Idowu now celebrates his own 57th birthday.

Many people, including friends and family will be celebrating this man because he means different things to several people. He is a friend of the masses, notable philanthropist, a principled politician, a distinguished senator of the Federal Republic of Nigeria, Chairman Dynasty Airline Management, Mogaji Isagunna and Okanlomo of Ibadan land, Chief Rilwan Adesoji Akanbi.

From being elected into the Federal House of Representatives in 1991 at the age of 29, to becoming Special Adviser to the Oyo State Governor on Economic and Industrial Matters from 1999 to 2003, and then a Senator in 2015, his foray into the murky waters of politics has shown that man is nothing without the grace of God.

Knowing that life and events are not always coincidence, he has remained a complete gentleman who believes that “what will be will be” and detests all forms of “do or die” politics.
For the Okanlomo (meaning rare son) of Ibadan land, these things matter most, protecting the integrity of his name, the honour of his family and defending the pride of Ibadan land.
Indeed, Senator Rilwan Adesoji Akanbi is a rare son of Ibadan, a special person and a unique Nigerian.

I am happy to tell this amazing story he recently shared at a forum with his younger friends, and use it as an inspiration to every young Nigerian that the only difference between you and those great men you currently admire is TIME.

Expert says new minimum wage will not cause inflation