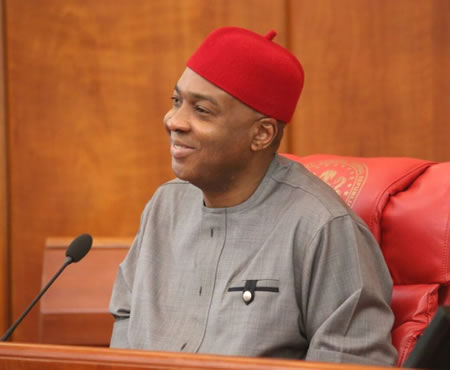 The Kwara South Youth Stakeholders Forum of the All Progressives Congress (APC) has called on the leadership of the party across the country to leverage on the victory of the Senate President, Dr Bukola Saraki, at the Code of Conduct Tribunal (CCT) to unite the party.

This, it noted, becomes necessary to bring about meaningful development across the country, just as it called for more synergy between the executive and the National Assembly to bring the country out of recession.

It is recalled that Saraki was cleared of allegation of false asset declaration by the CCT levelled against him by the Code of Conduct Bureau (CCB) on Wednesday.

The youths, who include party leaders and supporters across wards and seven local governments of Kwara South celebrated Saraki’s victory at the CCT with a rally at Ajase-Ipo at the weekend, and a visit to the Olupo of Ajase-Ipo, Oba Sikiru Atanda Woleola II.

Speaking during the press conference that heralded the rally, the Kwara South Senatorial Chairman, Alhaji Jimoh Balogun, hailed judgement of the tribunal discharging Saraki from any wrongdoing.

“The judgement is historic not only for Kwarans but for the entire country. It further strengthened our democratic process and restores our hope in our judicial system”, he said.

Balogun also appreciated Governor Abdulfatah Ahmed, Kwara South Senator, Rafiu Adebayo Ibrahim, Commissioner for Finance, Demola Banu and his Environment and Forestry counterpart, Otunba Taiwo Joseph and other stakeholders for supporting the party always and on Saraki’s triumph despite the “wishful thinking of some individuals who never meant well for the state and the country.”

He said the contribution of the Senate President to the victory of the APC at the 2015 general elections which was unprecedented in the history of Nigeria could not be quantified, describing “Saraki as a cat with many lives. That speaks volume about his personality.”

In his address, Irepodun APC Youth Leader, Hon Shamsudeen Bada described Saraki as an emerging Lion in the Nigerian political circle who has utmost respect for the rule of law and believes in indivisibility of Nigeria.

Speaking, the secretary of Kwara South Youth Stakeholders, Comrade Yinka Dallas, noted that with the ruling, the Nigerian judiciary has restored the hope of the masses as the last hope of common man.

Dallas described Saraki as a pillar of development and a bridge builder in Nigeria.